“U.S. stocks struggled to hold on to slight gains Friday, flipping in and out of negative territory, as investors weighed stronger-than-expected April employment report against uncertainty of the outcome of the French presidential election on Sunday. The S&P 500 index SPX, +0.17% was up 2 points, or 0.1%, to 2,392, with nine of the 11 main sectors trading in positive territory. Financials and health-care stocks edged lower, energy shares rallied following a rebound in oil prices. The Dow Jones Industrial Average DJIA, +0.10% declined 10 points, or less than 0.1%, to 20,941, with more than 30 points of that drag coming from shares of International Business Machines Corp. IBM, -2.61% which plunged 3% following news that Warren Buffett’s Berkshire Hathaway sold about one-third of its stake. Meanwhile, the Nasdaq Composite Index COMP, +0.17% rose 5 points, or 0.1%, to 6,080.”

“The Dow Jones industrial average struggled to keep pace with the S&P 500 and Nasdaq composite as a fall in IBM’s stock put a lid on the index. IBM shares fell more than 2 percent on Friday and contributed the most losses on the Dow after Berkshire Hathaway Chairman and CEO Warren Buffett sold a third of his IBM stake, or 81 million shares. The S&P and Nasdaq rose slightly after the U.S. economy added more jobs than expected last month.”

“The Treasury yield curve steepened Thursday before the much-awaited nonfarm payrolls report as investors look for a pick-up in economic data and less labor slack, both a gauge of whether inflation continues to have momentum. The yield for the 10-year note TMUBMUSD10Y, +0.00% rose 0.8 basis point to 2.363%. Bond prices move inversely to yields. The yield for the 2-year noteTMUBMUSD02Y, +0.63% edged off 0.4 basis point, and the 30-year bond, or the long bond, TMUBMUSD30Y, -0.28% gained 0.4 basis point to 3.003%.”

“The U.S. Treasuries traded flat ahead of the Federal Reserve Chair Janet Yellen’s speech, scheduled to be held later in the day, besides the host of FOMC members’ speech lined up for today. Also, the country’s April labour market data is curiously awaited by market participants. The yield on the benchmark 10-year Treasury hovered around 2.35 percent, the super-long 30-year bond yields traded flat at 2.99 percent while the yield on short-term 2-year note also remained steady at 1.31 percent.”

“The U.S. bond market’s gauges on inflation expectations held their earlier gains on Friday as U.S. payrolls report for April showed steady wage growth and the jobless rate hitting a near 10-year low. The 10-year inflation breakeven rate, or the yield difference between 10-year Treasury Inflation Protected Securities and regular 10-year Treasury notes, was last at 1.86 percent, up a 0.05 basis point from Thursday, Tradeweb and Reuters data showed.”

“The Dollar traded with a lot of volatility in the minutes which followed the release, initially gaining against the Euro, with EUR/USD falling to 1.0952 from 1.0962 as the market noted the headline figure but then rising to 1.0991 as it digested the less positive details. Against sterling, it was a similar story, with the GBP/USD exchange rate falling to 1.2929 in the minute after the release but then rising to 1.2959 over the next quarter of an hour.”

“Oil prices plunged below $44 a barrel overnight in a matter of minutes, putting the market on edge as futures tested yet another key technical level. Traders blamed forced margin calls and computer trading for the so-called flash crash, but were not quite sure what caused the drop. At about 11:17 pm ET, U.S. West Texas Intermediate crude was trading at $45.36. By 11:31 pm ET, it had plunged 3 percent to a low of $43.76, the lowest price since Nov. 15. Futures then rebounded slightly back above $44 and stayed there for awhile until rallying back above $45 by 4 am ET.”

“Gold futures on Friday pared gains but remained in positive territory after April’s strong jobs report was seen keeping the Federal Reserve on a path of higher interest rates, with another hike increasingly likely as soon as next month. June gold GCM7, -0.02% gained $1.60, or 0.1%, at $1,230.20 an ounce, after finishing the previous session at its lowest level in seven weeks. Gold had touched $1,236 earlier Friday. The metal’s sister commodity, silver for July deliverySIN7, -0.02% gained 3 cents, 0.2%, to $16.335 an ounce, bouncing off its lowest settlement of 2017 on Thursday.”

“Oil prices fell to fresh five-month lows on Friday on concerns about a persistent glut despite assurances from Saudi Arabia that Russia was ready to join OPEC in extending supply cuts. US West Texas Intermediate (WTI) crude oil futures fell more than 3 per cent in early trading to below $44 per barrel, the lowest since Nov 14. It fell 4 per cent on Thursday. Benchmark Brent also fell 3 per cent to below $47 per barrel, its lowest since Nov 30, which was the date the Organization of the Petroleum Exporting Countries (OPEC) triggered a rally when it said it would cut production in the first half of 2017. “

“Gold prices are bouncing around unchanged levels, seeing little reaction after the U.S. economy created more jobs than expected. Gold prices were modestly positive on the day ahead of the report but have lost ground in initial reaction. June Comex gold last traded at $1.228.60 an ounce, flat on the day.”

Immunomedics, Inc. (NASDAQ:IMMU) is having an overwhelmingly strong day in the market, and for good reason. The company made a key business update that led to excitement among investors. Of course, our partners at Trade Ideas were the first to alert us to the gains. At the moment (9:59), IMMU is trading at $6.79 per share after a gain of $1.38 per share or 25.51% thus far today.

Zynga Inc (NASDAQ:ZNGA) shares were up nearly 6% in morning trading Friday after the company forecast strong second quarter bookings after reporting strong first quarter results yesterday. The company forecast bookings of $205 million for the current quarter ending June 30, ahead of the $195.5 million analysts are expecting for the period. The company reported bookings of $175 million in the year ago period. The online game creator reported first quarter earnings of less than a penny, beating analyst expectations of a loss of two cents per share. The company also reported revenue of $194.3 million, ahead of Wall Street’s $192.6 million.

Shares of International Business Machines Corp. (NYSE:IBM) IBM 2.57% opened in the $153 handle, down $6 from the close, after overnight news Warren Buffett had cut his position. Co-hosts Joel Elconin and Dennis Dick debated whether the move was too extreme. Elconin believes, while a lot of the move is likely people panic selling, some of the move could be the result of shorts who, in order to bring in their positions, are sacrificing a few shares on the long side to gauge the stock’s temperature. Dick was more concerned with the sheer magnitude and what it says about market participants as a whole.

Wingstop Inc (NASDAQ:WING) WING 12.45%‘s first-quarter earnings report impressed Wells Fargo’s Jeff Farmer, who noted the company’s bullish thesis is “back on track.” Wingstop reported earnings per share of $0.22 in the first quarter, which came in six cents better than expected, although system-wide same-store sales were down 1.1 percent. But the company did note same-store sales through 3/2 were down 2.6 percent, which implies same-store sales over the last four to five weeks of the quarter rose up to 2.0 percent.

What happened: Puma Biotechnology Inc (NASDAQ:PBYI) stock has plummeted 18.2% as of 12:53 p.m. EDT following news that Dr. Robert Charnas, its head of regulatory affairs and project management, is hitting the exits ahead of a scheduled Food and Drug Administration (FDA) advisory panel meeting on May 24. So what: Puma Biotechnology has only one product in its clinical-stage drug pipeline, and that drug, neratinib, has been the subject of a lot of scrutiny after trials showed that a large number of patients taking it suffered from high-grade diarrhea.

Today’s big news revolves around Noble Corporation (NYSE:NE), which released its first-quarter earnings after market close on May 4 and held its earnings call with analysts before market open on May 5. Noble Corp reported revenue of $363 million in revenue and a loss of $1.24 per share. Revenue was down 41% from last year, but that wasn’t a big surprise as the offshore sector is going through its biggest and longest downturn in decades. Its loss was heavily driven by a one-time non-cash tax item, totalling $260 million, or $1.07 per share. When adjusting for this non-recurring, non-cash item, Noble’s quarterly loss would have been $0.15 per share.

In early session trading, shares of MINDBODY, Inc. (NASDAQ:MB) have slipped lower. Company stock has moved down -12.02% since the open, landing shares on today’s list of top losers. Investors will be watching to see if the stock can change direction heading into the second half of the session.MINDBODY, Inc. (NASDAQ:MB) is seeing declines so far in today’s trading session. Shares are moving -12.02% lower on solid volume. The stock has landed on the top loser list for the day according to Finviz data. MINDBODY, Inc.(NASDAQ:MB)‘s stock has performed at 33.80% year to date. Breaking that down further, it has performed 1.06% for the week, 7.55% for the month, 16.33% over the last quarter, 41.09% for the past half-year and 86.40% for this last year.

Shares of Transocean Ltd. (NYSE:RIG) are scrambling higher in today’s trading session. At the time of writing, the stock had reached $11.06. This represents a change from the opening price of 6.19%. The year-to-date performance of the stock is -29.85%. The monthly stock performance comes in at -17.54%. For the quarter, shares are performing at -24.75%. Weekly performance analysis shows the equity at -6.51%.Covering Sell-Side analysts have offered recommendations and price target estimates on Transocean Ltd. (NYSE:RIG). According to First Call, the current consensus target price on shares is sitting at $13.99. Analysts have also given a consensus recommendation on the stock of 3.20.

Mercadolibre Inc (NASDAQ:MELI) shares are moving today on volatility 15.28% or $36.13 from the open. The NASDAQ listed company saw a recent bid of 272.64 and 761673 shares have traded hands in the session. Now let’s take a look at how the fundamentals are stacking up for MercadoLibre Inc (MELI). Fundamental analysis takes into consideration market, industry and stock conditions to help determine if the shares are correctly valued. MercadoLibre Inc currently has a yearly EPS of 3.09. This number is derived from the total net income divided by shares outstanding. In other words, EPS reveals how profitable a company is on a share owner basis.

Brightcove Inc (NASDAQ:BCOV)’s share price hit a new 52-week low during mid-day trading on Friday following a dissappointing earnings announcement. The company traded as low as $5.75 and last traded at $5.75, with a volume of 3,270,595 shares. The stock had previously closed at $8.70. The software maker reported ($0.13) earnings per share for the quarter, missing the consensus estimate of ($0.09) by $0.04. The firm had revenue of $37.60 million for the quarter, compared to analyst estimates of $37.38 million. Brightcove had a negative return on equity of 4.00% and a negative net margin of 3.71%. The firm’s quarterly revenue was up 3.6% on a year-over-year basis. During the same period in the prior year, the company earned $0.02 earnings per share. 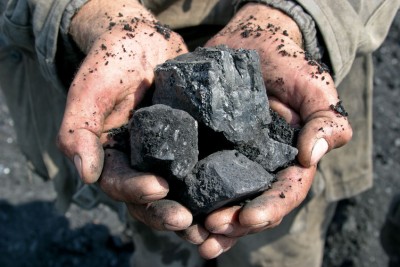 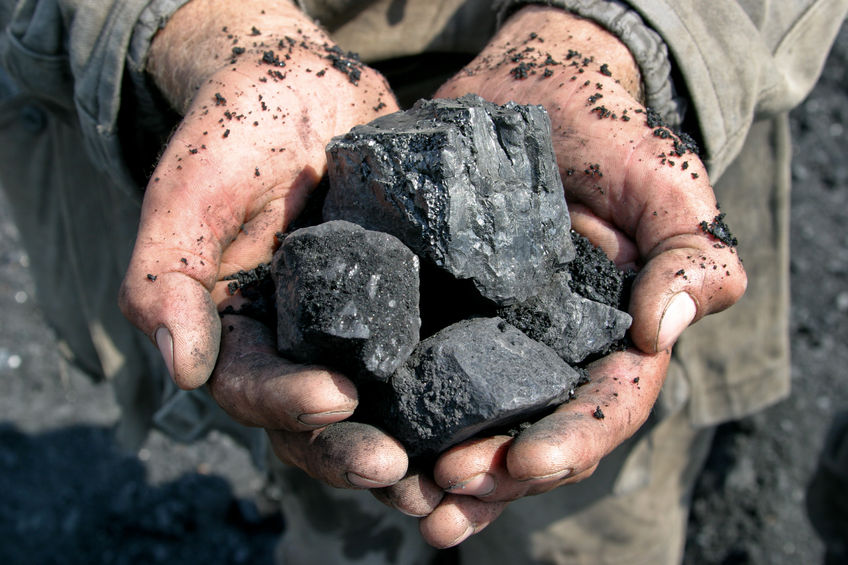 Cliffs Natural Resources Inc. (CLF): Why You Should Pay Attention to Burgeoning... 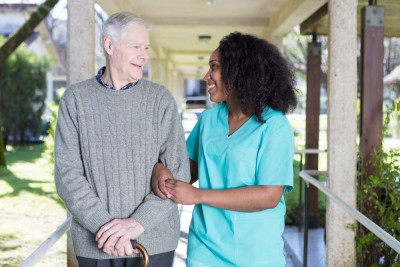 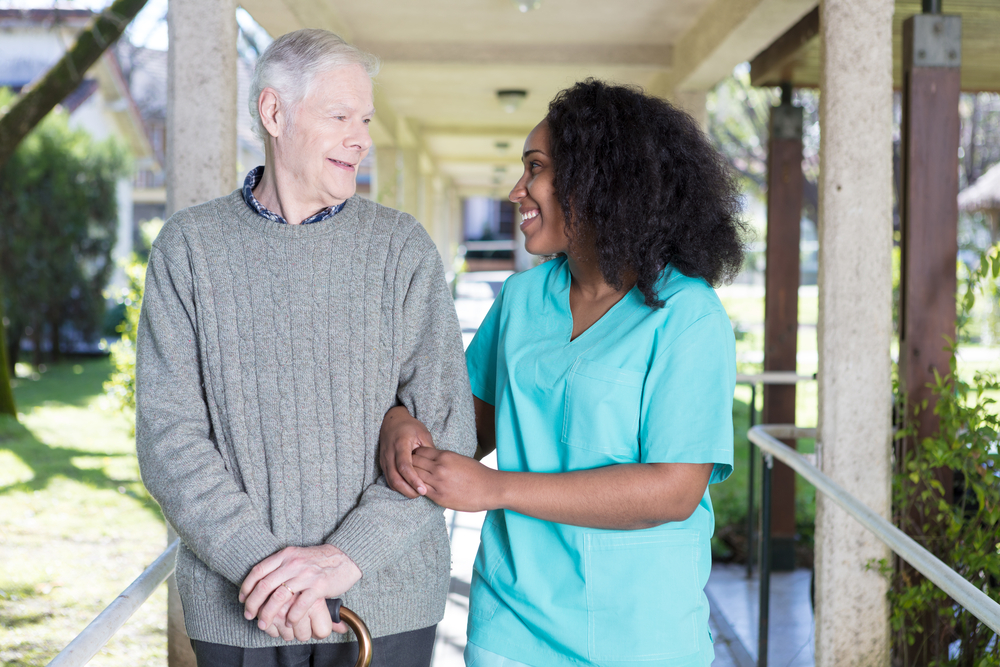