The US stock market managed to end yet another week well in the green territory as investors digested the Phase One US-China trade deal that is likely to be signed next month and shrugged off the impeachment of President Trump in the House of Representatives. Between December 16 and December 20, the S&P 500 gained 0.93%, the Dow Jones Industrial Average appreciated by 0.78% and the NASDAQ Composite surged by 1.26%.

While investors were pleased to see the uncertainty over trade removed, their sentiment was also boosted by strong economic data from China and expectations that the deal could help boost exports to China by nearly 100% over the next two years. Moreover, reaching a deal means that another tariff hike was averted, and other tariffs might also be removed in the near future. More details regarding the deal are yet to be disclosed.

Amid the positive trade news, investors somehow dismissed the impeachment of President Trump. On Wednesday, the US House of Representatives approved two articles of impeachment against the president, voting along party lines. This makes Trump the third president in history to face trial in the Senate. However, while the news is significant, it’s unlikely to have any impact, as it’s widely expected that Trump will see the charges against him either dismissed or he will be cleared by the Republican-controlled Senate.

Aside from major trade and political news, there was also some economic data to be digested by investors. The November Housing Starts surged by 3.2% compared to the previous month to 1.37 million, significantly higher than expectations of 1.34 million. November industrial production increased by 1.1% on the month, versus expectations of 0.8% growth and 0.9% decline in October. 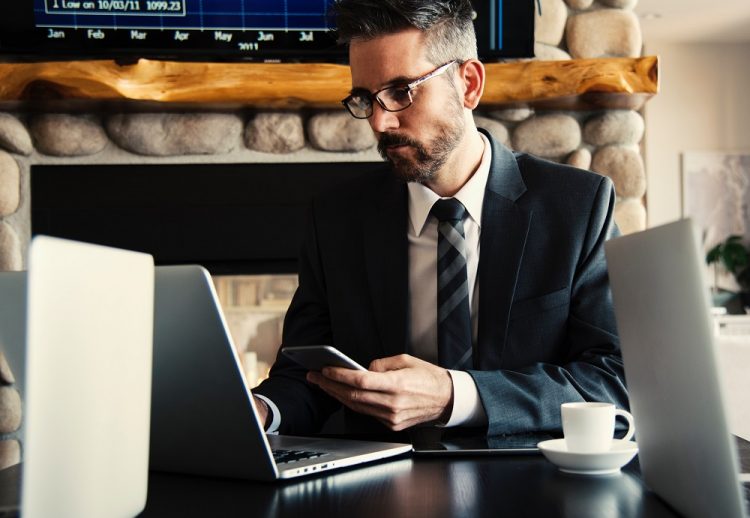 Now that we’ve gone through all main news affecting the broader stock market over the course of the past week, let’s now take a look at some stocks that were in the spotlight of Financial Advisors last week, according to TrackStar, InvestingChannel’s official newsletter capturing and analyzing the trends of Financial Advisors.

Citigroup Inc. (NYSE: C) ranked on the first spot, as the stock gained 2% between December 16 and December 20. The bank last week announced that its credit card delinquency rate remained steady at 1.58% in November. It also extended its info-sharing pact with ValueAct Capital, one of its largest shareholders, and expanded the digital partnership with Paypal Holdings Inc (NASDAQ: PYPL).

Next in line was Visa Inc (NYSE: V), which saw its price target boosted to $220 from $207 by Morgan Stanley. The analyst explained the hike by strong holiday sales trends.

The stock that landed on the fourth place on TrackStar’s list was Facebook Inc. (NASDAQ: FB), which made the headlines on several developments and saw its stock appreciate by more than 4% last week. On Wednesday, Deutsche Bank reiterated the ‘Buy’ rating, but raised its price target on the stock to $270 from $260, citing strong ad spending in 2020. Later same day, the tech giant confirmed the previously-reported acquisition of Spanish cloud gaming company PlayGiga. Given the buzz surrounding cloud gaming in the last several months, with Google launching Stadia and Microsoft on track to release its own service, Facebook might be planning to join the pack.

In smaller news, Facebook also said it will air its first commercial at the Super Bowl. The ad will have cameo appearances from Chris Rock and Sylvester Stallone and is part of the company’s “More Together” campaign kicked off earlier this year.