FedEx Corporation (FDX), United Parcel Service, Inc. (UPS): Is One A Better Investment Than The Other? 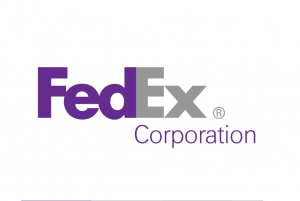 When we want to ship a package there are only a few options to choose. One of those options is the United States Postal Service, or USPS; an affordable way for those people who don’t need to deliver their packages quickly, and want cheaper standard shipping options. But the USPS has seen some problems in funding from the government, and people prefer to use other shipping service methods.

Two of these shipping services that have seen huge demand are FedEx Corporation (NYSE:FDX) and United Parcel Service, Inc. (NYSE:UPS). Both of these companies seem to be better choices for getting packages to consumers quicker than the USPS. The downside is that they charge more, and even though you get an estimated delivery date it is not always accurate.

The world economy is currently sluggish, despite the Dow Jones Average continuing to climb to new highs, and UPS has stated that 2013 will be a slow year due to economic uncertainty. United Parcel Service, Inc. (NYSE:UPS) has lowered its 2013 earnings guidance between to $4.80 to $5.06 per share. While still good in a sluggish economy, that doesn’t compare well with Wall Street analysts’ predictions. The analysts predicted full year 2013 guidance of $5.16 per share.

One thing to note is that these shipping services companies act as a gauge for the economy. With United Parcel Service, Inc. (NYSE:UPS) lowering its guidance it seems that growth will either be stagnant, or drift down towards the end of this year. UPS also struggled in another way when it tried to acquire TNT Express, a European shipping service. As we have come to find out this deal collapsed because Europe anti-trust regulators said they would veto the deal no matter what.

UPS reported earnings on April 25, 2013 that beat analysts expectations on earnings per share, but revenue came in light. The EPS came in at $1.08 per share, with revenue of $13.43 billion. The EPS estimate by analysts was for $1.04 per share on revenue of $13.46 billion. So what caused the downturn in revenues? As mentioned before, United Parcel Service, Inc. (NYSE:UPS) sees a sluggish economy in the coming months, and it will show on their next quarter earnings report. The earnings by United Parcel Service, Inc. (NYSE:UPS) were not the best, but at the same time at least the economy didn’t hurt them too badly on the top line. The economy may rebound in the coming months, and the company may boost its guidance in the future.

FedEx with its problems

Unlike UPS, FedEx Corporation (NYSE:FDX) relies on revenues coming from the international markets. So when it came to earnings, FedEx should have expected that their earnings were going to slow down significantly. One contributing factor for the weakness was that customers chose to go with less expensive shipping methods, and that hurt FedEx Corporation (NYSE:FDX) with its revenue for the quarter.

Apple Inc. (AAPL) Still A Top Pick Of This Fund. What Does It See?
Monthly Newsletter Strategy
Download a free copy of our newsletter and see the details inside!
Hedge Fund Resource Center
Billionaire Hedge Funds