FedEx Corporation (NYSE:FDX) took off into business legend on April 17, 1973, when 14 Dassault Falcon 20s took off from Memphis International Airport. The successful delivery of 186 packages to 25 different cities was the first step toward realizing FedEx Corporation (NYSE:FDX) founder Fred W. Smith’s ambition to reshape the global air-freight distribution system. However, it was only a first step. The rest of the road would take FedEx to places no delivery company had been before. Before we dive into the FedEx story, let’s note that Smith’s ambition makes a worthy counterpoint to would-be entrepreneurs who dismiss the value of college: He first developed the idea for FedEx at Yale in the 1960s, compiling his thoughts into a term paper on the inefficiencies of the “modern” air transport system of that day.

Within two months of this first delivery, FedEx Corporation (NYSE:FDX) (then known as Federal Express) was already growing rapidly. Coverage of the company from June 1973 noted:

Each night, Federal Express’ jet fleet will pick up packages at more than 100 cities around the country and fly them into Memphis to the central sorting facility. There, a computer-controlled apparatus will sort the packages at the rate of 10,000 per hour. Seventy minutes after arriving, all packages can be en route to their destination aboard the same planes that brought them to Memphis. 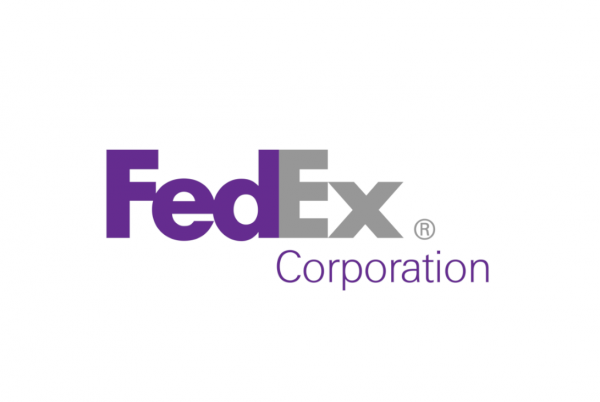 To build such a large network so quickly, FedEx demanded a massive early investment, which came in the form of $4 million from Fred Smith’s family fortune — built by his father, who had founded both a successful chain of breakfast-style restaurants and a regional bus line — and another $72 million from venture capitalists. That’s a massive sum for an unproven concept built on the ideas of a college term paper. In fact, it was unprecedented: No new corporation had ever raised so much venture capital before. By the end of 1973, the Dassault Falcons were already delivering to 31 major markets, and by the end of FedEx’s second year of operations that delivery network grew fourfold to cover 124 markets. The upstart delivery company didn’t disappoint its early backers and would expand to an estimated 1,200 employees by the time it reached profitability in 1975.

The new hub-based delivery system Smith pioneered at FedEx was clearly working, but building such a national network was far from easy. The first two years pushed FedEx Corporation (NYSE:FDX) to its financial limits, and sometimes payroll was so stretched that paychecks had to be postdated and pilots occasionally bought jet fuel using their own personal credit cards. One famous story tells of Smith taking a trip to Las Vegas in 1974 and winning $27,000 playing blackjack just to make payroll at a time when the fast-growing but nearly bankrupt company was burning through $1 million every month because of the effects of the early-1970s oil price shocks on jet fuel. The hot hands proved to be a good omen: Smith raised another $11 million in venture capital funds shortly afterward to keep FedEx afloat.

FedEx gained another leg up on its patchwork competition when it succeeded in deregulating air cargo in 1977. Until that time, FedEx was restricted to smaller aircraft, such as Dassaults, but it was now free to use larger and more efficient craft, such as The Boeing Company (NYSE:BA) and Airbus commercial planes. Today, FedEx Corporation (NYSE:FDX) operates one of the largest fleets of The Boeing Company (NYSE:BA)-built aircraft in the world (not to mention the largest cargo airline fleet in the world and the fourth-largest airline fleet of any type), with nearly 250 Boeing and McDonnell-Douglas planes in service and more than 100 more scheduled for delivery. FedEx’s air fleet now travels roughly half a million miles every day.

FedEx went public in 1978 at $24 per share and attracted enormous attention, nearly doubling within its first month of trading. Still, even if you had bought at the $41 post-IPO high, you’d be sitting on a nice profit today: After five stock splits, one share has grown into 32 shares that have given 30-bagger returns to anyone who bought at $41. When the 1980s rolled around, FedEx was so far ahead of its competition that one local economist told Memphis Magazine that “it would take at least $300 million to take a shot at blowing Fred out of the water, and even then the bullet would probably miss.” FedEx Corporation (NYSE:FDX) reached its first billion-dollar revenue year in 1983, expanded to Europe and Asia in 1984, and by 1989 was the world’s largest all-cargo airline, a status it maintains to this day.

American consumers were captivated. The Mustang quickly became one of Ford’s greatest success stories, its $2,300 price proving the perfect sweet spot for a rapidly growing suburban middle class. A million Mustangs sold within two years of its big reveal. Ford Motor Company (NYSE:F) smartly decided to keep this car in the public eye, and it has remained the only “pony car” type in continuous production since creating the category in 1964. It has also become Ford’s longest-running nameplate, edging out even the legendary Model T.