Among companies releasing May-quarter earnings reports soon, several are industry behemoths with possibility of recovering and a couple in growth stages. An overview of analysts’ forecasts and company prospects can provide insight into what to expect. Will profits exceed estimates? What will be in store for beyond the current quarter? Here’s the breakdown:

A recent announcement regarding the International Priority airline fleet perked investor interest in the shipping giant. The move to cut the number of aircraft at an accelerated rate was not a big surprise given FedEx Corporation (NYSE:FDX)’s current challenges.

Demand for International Express shipments has waned due to a market shift toward more affordable methods of cargo. The newest plan will be in tandem with a strategy of boosting yields and reducing costs. This factor, and its effect on profitability, was discussed in my March blog, where I also mentioned some fellow cargo transporters.

Acquisitions of foreign shippers have not been sufficient in offsetting the effect of the changing industry landscape. Other similar investments had supported FedEx Corporation (NYSE:FDX)’s earnings over the last decade.

Analysts are estimating that earnings per share were about $1.97 in the quarter, roughly flat with the prior-year tally. The result may fluctuate on industrial production, as well as the direction of fuel prices. Most will probably be focusing on management’s guidance and if the result represents the beginning of a turnaround. Regardless, I continue to see FedEx Corporation (NYSE:FDX) shares as a good long-term holding, as management is taking the right initiatives to position itself for the e-commerce environment.

Jabil Circuit, Inc. (NYSE:JBL) struggled last quarter due to softness in the renewable energy market as revenue from solar and wind manufacturers was pressured. Weakness in these categories was offset partially by strength in Diversified Manufacturing Services and Enterprise & Infrastructure operations. Jabil Circuit, Inc. (NYSE:JBL) also operates a High Velocity Systems (HVS) segment that has struggled of late.

Electronics contractors’ stocks, in general, have largely fared well in 2013, though, and Jabil Circuit, Inc. (NYSE:JBL) may thus be poised for a turnaround. It boasts some notable customers among its top five, including Apple Inc. (NASDAQ:AAPL), Cisco Systems, Inc. (NASDAQ:CSCO), and BlackBerry. (see my December blog on the industry). A rebound in HVS revenue would help the recovery along.

The $0.54 a share Wall Street estimate would represent a $0.10 year-over-year decline and the midpoint of the company outlook; therefore a better-than-expected result may be on the cards. Jabil Circuit, Inc. (NYSE:JBL) shares may be considered for its long-term appreciation potential, in light of company guidance for 5% to 10% annual share-net gains over the next few years.

If you are looking for a company on the cusp of a rebound, Actuant Corporation (NYSE:ATU) may fit the mold. Operating conditions likely bottomed in March, and Actuant is looking toward a better six-month span going forward. Investors have bought up the shares of late, leading up to the recent Electrical division sale announcement. 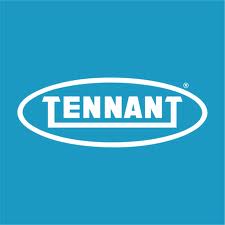 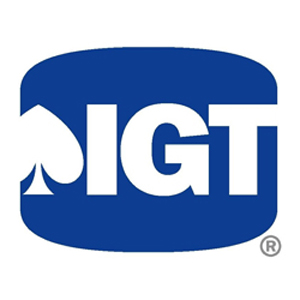 In Order to Save Gas, FedEx Corporation (FDX) Steps on the Gas