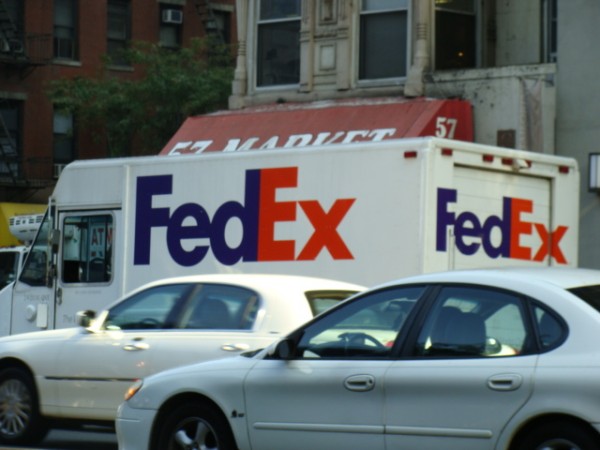 Looking ahead, the company expects to earn 94 cents to $1.34 per share in its fiscal fourth quarter, and $6-$6.20 per share for the year. Those projections were below analysts’ forecasts of $2.12 and $6.35 per share respectively.

In response to weakness in the global air freight business, and customers opting for slower, cheaper ways to ship packages, the company is cutting capacity to Asia and will divest less profitable shipments into “lower cost networks.” The company is also mulling retiring older, less-efficient planes.

The Memphis, TN based company plans to slash annual costs by $1.7 billion by 2016 with buyouts that will cut its headcount more than 10% by May 2014.

FedEx Corporation (NYSE:FDX) will spend $450-$550 million in cash buyouts during the fiscal year ending in May. “Some additional costs” are expected to be incurred over the following 12 months.

Several analysts lowered expectations, but they also expect the company’s bottom line to improve along with an improving economy.

But the big problem is that people are simply sending less items overall.

More and more messages and offerings are delivered via fax, email, social media and a plethora of mobile devices. Fewer people write letters, pay bills and send correspondence using “snail mail.” When you absolutely have to get it there overnight, the Internet is now the way most people go.

A prime example is the U.S. Post Office, which is near bankruptcy. Saturday mail delivery is on the way out amid the declining mail volume.

Daily deals sites, like Groupon Inc (NASDAQ:GRPN), have also taken share away from traditional mail delivery. These sites quickly send out local and national deals through email and apps.