Fastenal Company: Why Being Cheap Works As A Business Strategy

Fastenal Company (NASDAQ:FAST) is one of the best-performing stocks of the past decade. Since the beginning of January 2010, shares in the industrial distribution company have yielded an average annual return of 16%, turning every $10,000 invested into $44,264.

In many ways, Fastenal is not the sort of business you would expect to achieve these sorts of returns. It is not a high flying growth stock or high-flying tech stock. It has not changed the world, nor does it rely on the internet for distribution.

The key to Fastenal Company’s phenomenal success lies in the company’s competitive advantage. It offers a broader range of products at a lower cost than virtually all of its competitors. And its distribution network is unparalleled. The company maintains thousands of vending machines and local shops that supply parts nearly instantaneously, keeping manufacturing floor downtime to a minimum. 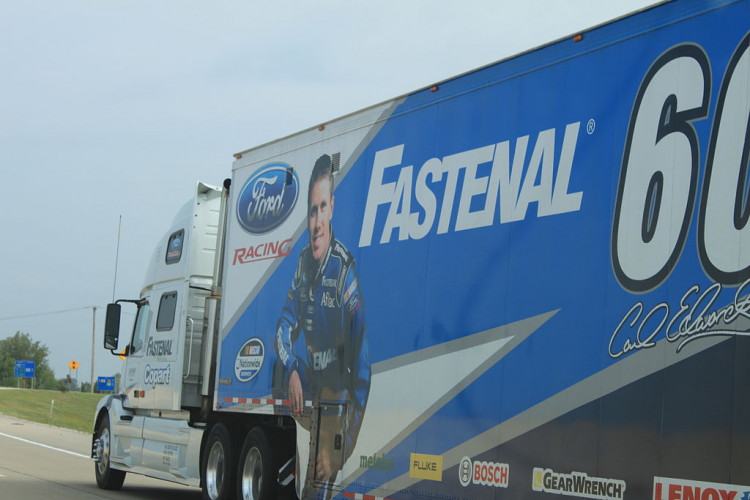 Management’s decision to keep costs as low as possible has arguably been the critical driver behind Fastenal’s success over the years. Doing so allowed the company to overtake competitors and reinforce its competitive advantage.

Fastenal Company’s war on costs earned the company and then CEO-Bob Kierlin the title of Inc’s cheapest CEO of the year in 1997.

According to Inc’s article on the man at the time, Bob Kierlin was worth $248 million at the end of the 90s, but he still used second-hand suits and refused a sectary due to the excess cost. In other words, he was cheap, and this mentality built a corporate culture that became Fastenal’s core competitive advantage.

As Inc’s article noted, Fastenal Company was a cheap company at its core:

“THE COMPANY KIERLIN RUNS–A PLACE WHERE SCRATCH PADS ARE FASHIONED FROM USED PAPER AND A LITTLE GLUE–VERY MUCH EMBODIES HIS VALUES. KIERLIN DOESN’T JUST WORRY ABOUT OPERATING COSTS; HE OBSESSES ABOUT THEM. “BEING CAREFUL ABOUT YOUR EXPENDITURES, WHETHER LARGE OR SMALL, REQUIRES A TOTAL COMMITMENT,” HE SAYS. “EITHER YOU DO A GOOD JOB OF COST CONTROL IN ALL ASPECTS OF YOUR BUSINESS, OR YOU START LOSING IT.”

Every cost had to be justified. According to the article, funds for the annual office party came from vending machines, and the group produced its annual report in-house for $0.40 apiece.

Fastenal Company’s cost-cutting didn’t come about out of necessity, as is the case with most companies. Instead, the business was built around this model of keeping outflows as low as possible, while investing in the things that matter, namely the product and customer service.

And the company was also way ahead of its time, offering the use of its trucks to other companies when they weren’t being used to save costs and add earnings. As Inc’s article described:

“FASTENAL EXPECTS TO EARN $400,000 THIS YEAR FROM A NEW FREIGHT-FOR-HIRE PROGRAM–TRANSPORTING OTHER COMPANIES’ GOODS IN FASTENAL TRUCKS. THE COMPANY NOW SAVES UP TO $100,000 EACH MONTH IN DELIVERY COSTS BY PICKING UP PRODUCTS ITSELF FROM VENDORS, MOSTLY IN AND AROUND CHICAGO. FASTENAL TRUCKS ON THE ROAD ARE RARELY EMPTY.”

As the piece went on to explain, Fastenal didn’t skimp on expenses. In the year of the article (1997), the company was spending $8 million on a new computer system to improve efficiencies.

Its fleet of trucks was mostly brand new as well as the company didn’t want a vehicle to breakdown and customers not to receive deliveries.

Management also claimed that this approach had a positive effect on staff morale, accountability, and responsibility. As Inc’s article noted:

“FASTENAL’S OBSESSION WITH COSTS PROMOTES A KIND OF ATTENTIVENESS TO THE MUNDANE THAT INEVITABLY IMPROVES QUALITY AND INCREASES EFFICIENCY. WHAT’S MORE, IT SPREADS ACCOUNTABILITY AND RESPONSIBILITY EVERYWHERE. IN A CULTURE LIKE FASTENAL’S, YOU DON’T CALL SOMEBODY ELSE TO FIX A PROBLEM; YOU FIX IT YOURSELF.”

It’s this culture that has helped Fastenal grow to become the business it is today. Like so many other highly successful companies, it’s the culture that matters.

Employees at every level believed in the company and its prospects, and these ideas have only helped reinforce Fastenal Company’s competitive advantage and moat. It has helped increase the company’s productivity as well. It was able to earn a higher return on each dollar of capital invested.

It was also able to earn a higher return on each dollar of capital reinvested—those of the hallmarks of a high-quality long-term compounding machine. Fastenal may not have been as glitzy as other high-growth companies on the market, but its returns speak for themselves. Being cheap works.

At Insider Monkey we scour multiple sources to uncover the next great investment idea. For example, on one site we found out that NBA champion Isiah Thomas is now the CEO of this cannabis company. The same site also talks about a snack manufacturer that’s growing at 30% annually. Even though we recommend positions in only a tiny fraction of the companies we analyze, we check out as many stocks as we can. We read hedge fund investor letters and listen to stock pitches at hedge fund conferences. Hedge fund sentiment towards Tesla reached its all time high at the end of 2019 and Tesla shares more than tripled this year. We are trying to identify other EV revolution winners, so if you have any good ideas send us an email. You can subscribe to our free enewsletter below to receive our stories in your inbox:

Did Hedge Funds Make The Right Call On RPM International Inc. (RPM) ?
Monthly Newsletter Strategy
Download a free copy of our newsletter and see the details inside!
Hedge Fund Resource Center
Related News
What to Do with Philip Morris International (PM) Stock Right Now? Should Value Investors Buy Ameriprise Financial (AMP) Stock? Cisco Systems (CSCO) Looks Attractive on Every Dip Should Value Investors Buy Cincinnati Financial (CINF) Stock? Why Lowe’s (LOW) Stock is a Compelling Investment Case If You Own Kontoor Brands (KTB) Stock, Should You Sell It Now? If You Own Altria Group (MO) Stock, Should You Sell It Now? 9 States With The Most Total Executions: 2020 Rankings Top 10 Countries for Rare Earth Metal Production 12 Easiest Second Languages to Learn for English Speakers
Billionaire Hedge Funds