Giant networking company Cisco Systems, Inc. (NASDAQ:CSCO) should be uneasy after Facebook Inc (NASDAQ:FB) said it was working on a whole new kind of computer network that would topple its $23 billion Ethernet switch empire. Facebook’s vice president of infrastructure, Jason Taylor, affirms they have made substantial progress on the new project, appearing at the Open Compute Project Summit in San José. 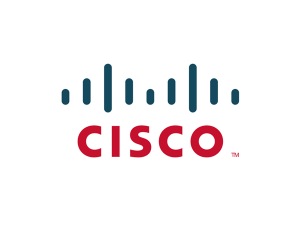 Cisco Systems, Inc. (NASDAQ:CSCO) CEO, John Chambers, on the other hand, maintains Facebook Inc (NASDAQ:FB) plans will not in any way hurt their dominance of the $23 billion Ethernet Switch market. The fact that Cisco offers more than just network switches should be more than enough to thwart Facebook competition according to the executive.

The radical network that Facebook Inc (NASDAQ:FB) is working on is called the ‘Wedge’ and is currently on sale through a company called Accton. People using the switch at the moment have a choice of two software vendors all of whom are direct competitors to Cisco Systems, Inc. (NASDAQ:CSCO). Broadcom has already inked an agreement with Facebook’s Open Compute Project that will result in the open sourcing of some of its networking chips.

Broadcom develops almost all the chips in use by networking hardware vendors including Cisco meaning Facebook Inc (NASDAQ:FB) meaning it stand’s a perfect chance to rival Cisco directly, at the back of the new deal.  The industry is slowly transitioning from the ASIC chips that Cisco Systems, Inc. (NASDAQ:CSCO) makes, straight into the standard ones being produced by Broadcom. That should allow the likes of Facebook to offer network switches inexpensively.

Facebook Inc (NASDAQ:FB) is looking to gain an advantage over Cisco in the networking business by offering for free a switch it invented that run’s on its Wedge program and is compatible with the Broadcom chips. The giant social network is also offering a software that send alerts when the switches experience problems, for free. Facebook is looking to offer a truckload of these technologies that should allow people run their own networking hardware while relying on it like Cisco Systems, Inc.(NASDAQ:CSCO).

All of the offerings are part of Facebook Inc (NASDAQ:FB)’s Open Compute Project that seeks to revolutionize the way computer hardware are designed, built and sold. Out of the project, Facebook is to gain access to companies and thousands of engineers and developers that should help it build efficient software’s for running its data centers. The project is already a success having allowed the company save a whopping $2 billion over the past three years through such initiatives.