Twitter has been having increasingly difficulty monetizing its online social media service. Its latest attempt is a music app, and according to CNBC:

The app will serve-up fresh artists and tracks to Twitter users based on some personal information, including who the user follows on the social platform, according to the report. The app will also use third-party services such as Apple Inc. (NASDAQ:AAPL)’s iTunes and the music service SoundCloud to enable users to listen to recommended tracks. 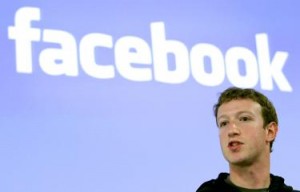 The Twitter app will partner with Apple’s iTune store and in a way, it seems like it’s an attempt to take a stab at Facebook Inc (NASDAQ:FB) and Spotify’s combined success. According to Reuters, “Spotify counts five million people among paying subscribers, a 25 percent increase during the same time period.” Five million subscribers at $10/month equate into approximately $600 million in revenue per year. Spotify’s success as a media platform was primarily driven by Facebook Inc (NASDAQ:FB), and Facebook’s success with Spotify clearly proved that it’s possible to run with social-music media. So now both Twitter and Apple Inc. (NASDAQ:AAPL) seem to be adopting a similar product distribution strategy.

Bonus Biotech Stock Pick: You can also find a detailed bonus biotech stock pick that we expect to return more than 50% within 12 months.
We may use your email to send marketing emails about our services. Click here to read our privacy policy.
Related Insider Monkey Articles
Apple Inc. (AAPL): How Cheap Will The “Cheaper” iPhone Be?Apple Inc. (AAPL) Is Killing My PortfolioGoogle Inc (GOOG), Apple Inc. (AAPL) & The Three Largest Surprises in...