It’s Sort Of Like High School
It seems like just yesterday the Internet was this amazing creation that everyone was curious to explore. I remember using AOL, Inc. (NYSE:AOL) for the first time and getting online, I was amazed at how much information was available and how I could chat with my friends instantly. My, how times have changed. Today an Internet connection is almost an entitlement. Between the rise of smartphones, wireless modems, Wi-Fi, and other ways to get online, it seems like everyone is online. That’s great for companies that have established their identity; it’s not such good news for companies trying to become something new.

If the Internet were a high school, Google Inc (NASDAQ:GOOG) would be one of the cool kids. Google would either be invited to all of the parties, or throwing the party. Everyone knows Google, and this kid is known for being involved in everything. The kid at the high school that’s in all the clubs, talks to everyone and avoids cliques, that’s Google Inc (NASDAQ:GOOG). 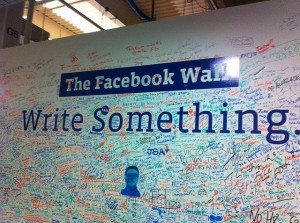 Facebook Inc (NASDAQ:FB), on the other hand, would be like the class president. Facebook generally gets along with everyone, but this class president has a big mouth so you have to be careful what you say. Many people pass messages to each other through the class president since he/she knows everyone. However, many times people edit what they would really say because they don’t want everyone to get the wrong impression.

Then we have LinkedIn Corp (NYSE:LNKD) and Monster Worldwide, Inc. (NYSE:MWW). Using the high school analogy, LinkedIn is the kid that has connections. This kid knows everyone, makes friends quickly, and is definitely going places in life. LinkedIn gets invited to all the parties, but people make sure to put on a good face with LinkedIn because he/she looks down on anyone who doesn’t. Monster Worldwide is the kid that thinks he/she knows a lot of people, but while LinkedIn has friends, Monster has a lot of acquaintances.

What About The Competition?
As you can see, certain web sites have a pretty clear identity. The reason this is key to understand is, when many people mention LinkedIn, they tend to throw in Facebook Inc (NASDAQ:FB) as a natural competitor. However, the established high school nature of the Internet makes this very unlikely.

The difference is Facebook is already established as a social network for talking to friends, posting pictures, and connecting on a personal level. LinkedIn Corp (NYSE:LNKD) is a professional web site and doesn’t care if you have friends on there or not. LinkedIn is about connecting workers to a network of other professionals, and to companies.

Monster Worldwide seems to have been left in the dust by LinkedIn. Monster seems to offer job searches and allows companies to offer jobs, but not much more. LinkedIn, in short, has built a better mousetrap.