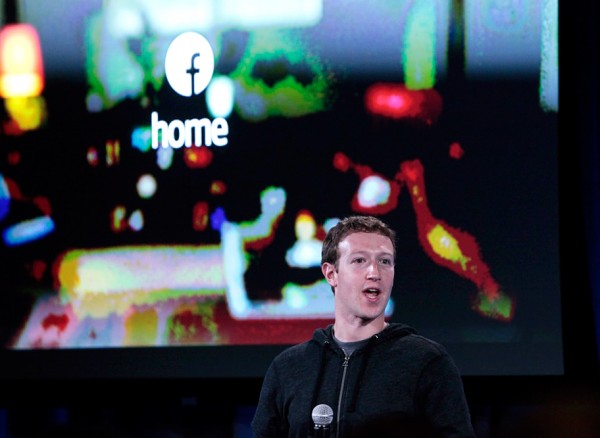 At first, this may look like a positive step for Facebook Inc (NASDAQ:FB) or even another compelling reason to buy an Android phone. But I think it highlights the problems for both and will push consumers toward Apple Inc. (NASDAQ:AAPL).

Exacerbating Android’s problems
When Google Inc (NASDAQ:GOOG) created Android, the model was that it would give away the code (open source) in the hope that more people would use its other services like search, Gmail, Google Play, etc. As more versions of Android have been released and device manufacturers modify, or fork, the software, it dilutes the experience and becomes less of a benefit for Google. Facebook shows the weakness in Android because it essentially bypasses Google to make Android a Facebook device.

Amazon.com, Inc. (NASDAQ:AMZN) made a similar move when it launched the Kindle on a heavily forked version of Android. The company bypassed Google’s built-in ecosystem for its own ecosystem, which suited its own goals, which is the danger of creating open-source software.

The problem with so many different versions of Android and varying levels of modification is that it dilutes the experience for the user. An iPhone user knows how to use any other iPhone but every Android phone is different. The worst thing for Google is that a heavily forked Android device may not even use the programs Google was trying to promote in the first place.

All Facebook, all the time
I have a Facebook Inc (NASDAQ:FB) account, but I’ve said before that I’m about ready to drop it. I just don’t need useless updates from people I don’t talk to on a regular basis. And I definitely don’t need those updates on my home screen.

I think Facebook Inc (NASDAQ:FB) Home runs the risk of overloading people with too much social media. Facebook is beyond the point where it’s a fun new app and it will eventually go too far. Maybe this is part of that breaking point for users.

It’s all about the experience
Where Apple Inc. (NASDAQ:AAPL) has the lead over Android and now Facebook is in its consistent and elegant user experience. I think this highlights that difference and will comfort consumers who will become increasingly overwhelmed by the number of choices from Android.

The article Why Facebook Home Is Good for Apple originally appeared on Fool.com.