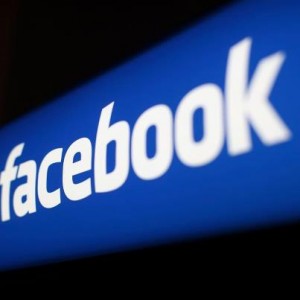 Facebook Inc (NASDAQ:FB) debuted its radically redesigned Android app earlier in April. At the time, most focused on Facebook’s move to supplant the traditional Android home screen in favor of itself.

Yet, after personally using Facebook Inc (NASDAQ:FB) Home on my own Android smartphone, I can tell you that Home isn’t worth writing about. Instead, Facebook’s messenger update is much more substantial.

To put it bluntly, Facebook Home is awful. I simply can’t see how anyone — except the most ardent of Facebook addicts — would use it. It gets rid of the traditional Android interface in favor of a confusing control scheme based around swipes.

A user can still get to their apps, but now only through an app drawer. Gone are the widgets that set Google Inc (NASDAQ:GOOG)’s Android apart from Apple Inc. (NASDAQ:AAPL)’s iOS.

Granted, for Facebook Inc (NASDAQ:FB) addicts there’s much to like. It makes it easier to interact directly with Facebook, upload pictures, change a status and so on. But for those whose Facebook usage is just a tiny sliver of their daily smartphone tasks, stay away.

The real innovation is chat heads

Rather, as Facebook was creating Home, it was also updating its messenger app. That update — the implementation of chat heads — is much more revolutionary.

Now, when someone with the Facebook Inc (NASDAQ:FB) messenger app on their Android phone gets a message on Facebook, a small circle of the message sender’s head appears in an icon on the user’s phone screen — a chat head. That might sound annoying, but as the heads are easily moved around or closed, they are relatively painless.

(An iPhone user can get a similar experience, but only while using the actual Facebook app.)

What’s so interesting about the chat heads? Well, it makes Facebook messenger a true alternative to text messaging.

Many of the people I text with on a daily basis — friends, family — I’m also friends with on Facebook. What’s more, many of these people have smartphones and Facebook apps on them. There’s nothing to stop us from using Facebook messenger as an alternative to texting, yet we rarely do.

Facebook chat heads completely changes that. With floating chat heads on your screen, it’s much more likely that you’ll turn to Facebook messenger when you need to say something, rather than fire off a text.

Obviously, not everyone people text with are connected to them on Facebook Inc (NASDAQ:FB), or have smartphones with the Facebook messenger app. Thus, Facebook won’t completely replace texting anytime soon, but it’s definitely a step in that direction.