At the DealBook conference in New York, Priscilla Chan, co-founder of the Chan Zuckerberg Initiative, said the group has decided to spend $3 billion in seed money pledged to the group over the next 10 years in an effort to rid the world of disease.

Chan co-founded the limited liability company alongside her husband, Facebook Inc (NASDAQ:FB) founder Mark Zuckerberg. It was created back in December 2015 on the occasion of the birth of their daughter and it seeks to advance human potential and promote equality in domains such as health, education, scientific research, and energy. 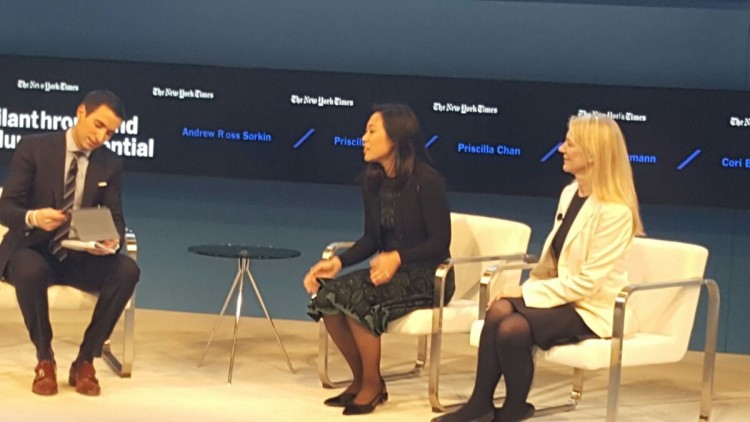 This time around, they’re hoping to direct all this money towards an ambitious cause – fighting against all types of diseases. To get things started, they’re putting together a team of scientists who will work on eradicating all diseases. They’re also hoping to be able to get the Trump administration on board with what needs to be done at an institutional level to help towards this goal.

“I think we are relieved that the campaign season is over and trying to figure out where the priorities of the Trump administration are and how we’re going to work with that. Science has a history of being non-partisan,” Chan said diplomatically.

The president of science for the initiative is Cori Bargmann and she was also present at the DealBook conference alongside Chan and went on to explain why this endeavor isn’t as crazy as it sounds.

“The goal is to cure, prevent or manage all diseases by the end of the century, but the first thing to say is that we are not going to do that by ourselves. That really helps to pose the question clearly because we have to be catalytic. We have to make everyone a better scientist so that all of science moves faster so that those diseases can be managed,” she explained.

She went on to add that the goal is set for 80 years from now and in order to understand what we can do until then, we have to look back at what was possible 80 years ago. And what happened 8 decades ago was the invention of the first modern antibiotic. In the past few decades other areas of medicine and science have advanced too. One example Bargmann gave is the advancements made in the control of heart diseases.

“Now we have incredibly strong lives with people that have heart disease. When we look at how much progress has happened looking ahead isn’t that bad. Now is not the time to slow down,” she stated.

Chan and Bargmann further explained that they’re not going to personally defeat all diseases, but they are going to build the science and technology needed to fight against them.

“We’re going to do that by asking people who really know what they’re doing what the best approaches are, who the best people are and how to make progress,” Bargmann noted.

Mark Zuckerberg and wife Priscilla aren’t alone in their effort. LinkedIn Corp (NYSE:LNKD) co-founder Reid Hoffman and his wife Michelle Yee announced they will also pledge $20 million to the Chan Zuckerberg Initiative. The money is to go toward the Biohub they created, the laboratory in San Francisco where researchers from top institutions such as Stanford University, UC Berkley and UC San Francisco work together to find the solutions Bergmann mentioned in the interview.

“I will be joining the Biohub board. Software and technology can transform science as it has other industries; technology and tools applied to disease can lead to exponential increase in disease identification, prevention, and cure,” Hoffman wrote in a LinkedIn Corp (NYSE:LNKD) post.

Hoffman added that Cell Atlas, the computational database of cell types and data being developed at the Biohub will aid researchers around the world in their efforts. Hoffman has a net worth of about $3.7 billion, so he might be able to pledge more of his money towards the project should the need arise, especially as the Chan Zuckerberg Initiative branches out to other focus topics.

Facebook Inc (NASDAQ:FB)’s CEO is of course quite wealthy as well, with a net worth of about $44.6 billion, ranking him as the 6th-richest person in the world according to Forbes data.