Facebook Inc (FB): Can It Get Hundreds Of Millions Of Android Users?

When it comes to mobile, Facebook Inc (NASDAQ:FB) is owning the charts. According to Distimo’s Top Global Apps Report for the month of April, Facebook-owned apps accounted for three out of the top five most-downloaded free apps in the Google (NASDAQ:GOOG) Play Store. Unfortunately, this success hasn’t translated into improved business results. Last quarter, mobile advertising revenue only accounted for 30% total advertising revenue, despite having two-thirds of its billion-plus active user base access the social network on a mobile device.

Home wrecker
Facebook Inc (NASDAQ:FB) has a few options when it comes to improving mobile monetization. The most ineffective way would be to bombard users will a less relevant marketing experience, which would likely detract from 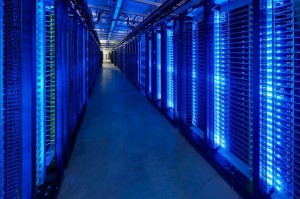 user engagement. Instead, Facebook has taken the view that it wants to own more of the mobile experience over the long term, which puts Facebook Home at the center of the company’s mobile strategy.

By now you’ve probably heard that Facebook Home hasn’t been faring so well. Out of over 16,000 reviews on the Google Play Store, Home has only received 2.2 stars out of a possible 5. The largest gripe among users is that Home forces users to forego the software personalization they’ve already made to their devices, which the company plans on addressing in future updates.

Despite its shortcomings, Home has still managed to land nearly 1 million downloads, which has translated into users spending 25% more time interacting on Facebook Inc (NASDAQ:FB). Granted, this sample size only represents less than 1% of Facebook’s active user base, but it shows that owning more of the mobile experience is a promising mobile strategy.

Monetize later
Facebook Inc (NASDAQ:FB) is more focused on addressing the current issues users have with Home before it feels comfortable monetizing the platform. For Home’s reception to improve, Facebook has to integrate more of the personalized Android experience into Home.

Ultimately, Facebook Inc (NASDAQ:FB) Home offers the world the ability to converge apps alongside friends, which could prove to a very valuable preposition for the company over the long term. Assuming Facebook can pull it off and get hundreds of millions of Android users on Home, how much would marketers be willing to pay up for the corresponding increase in usage?