The co-founder & CEO of Thrillist Media Group, Ben Lerer, is a big believer in Facebook Inc (NASDAQ:FB). In today’s edition of CNBC’s ‘Halftime Report,’ he explained his position of being continuously bullish on the company. 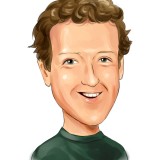 “I just think Facebook is fundamentally as interesting a company as exists in the universe right now. I mean they said they are sort of the center, they are the Internet. They are the center of everything and their most valuable assets, Instagram most importantly have yet to be monetized at all,” Mr. Lerer said on the program.

When asked about Facebook Inc (NASDAQ:FB)’s founder and CEO, Mark Zuckerberg’s record of having beaten the street’s estimate for eight straight quarters, Mr. Lerer is of the view that Mr. Zuckerberg is a “monster” and that he has shown how aggressive and fearless he is and how when Mr. Zuckerberg wants something, he goes on and get it.  Mr. Lerer gave example of Snapchat and other companies, which Facebook, Inc (NASDAQ:FB) has acquired or tried to acquire, to prove his point that Mark Zuckerberg is aggressive when it comes to acquisitions and not focused about this quarter or the next quarter, but instead he is buying for the future.

“I think, they still have to figure out a lot around commerce and what that looks like. They have done some testing around, sort of Facebook payments and what that looks like and there’s always some speculation that may be they are going after […] the PayPals of the world,” Mr. Lerer said, when asked about Facebook Inc (NASDAQ:FB)’s recent e-commerce initiatives.