Facebook Inc (FB): All in Good Fun on This Company

The Onion aired a hilarious Good Morning news segment on how parents keep up with their offspring on social media. Complete with grinning anchor people and mandatory cheeriness “eMom” shows how to stalk your kid on Facebook Inc (NASDAQ:FB). The eerily realistic spot is all too real for many teens and young people. (see video at end of post). 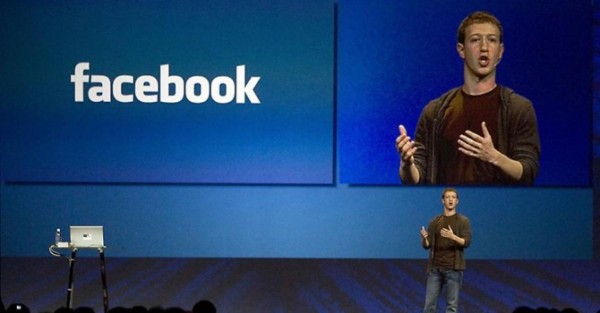 As long ago as 2010 30% of those surveyed ages 13-17 who had decreased Facebook Inc (NASDAQ:FB) use cited the reasons that their parents had joined Facebook or there were too many adults on Facebook. These young ones abandon Facebook for Instagram and twitter. Tumblr has enjoyed 55% more unique visitors. Even Google + has garnered 80% more new users compared to a decrease of 4% for Facebook.

While commentators bemoan the privacy issues on Facebook it turns out the kids are alright with that as long as they have privacy from the ‘rents. As for ad exhaustion, the kids don’t really care much about that either.

Unfortunately for Facebook Inc (NASDAQ:FB) those over 30 are on Facebook now and it’s ruining the vibe. The kids are forced to use ever newer social media outlets to outpace the grownups. Mom, you shoulda stayed on Pinterest already!

So far, this has been tongue in cheek but it’s a very real problem for Facebook. The attraction of Facebook has always been that connection to your peers, known and unknown. In February a Pew Research Center study said that across all Facebook user age groups only 5% plan to spend more time on Facebook and 38% of those age 18-29 plan to spend less time on Facebook.

JP Morgan is still “liking” Facebook, reiterating its Overweight claiming that defections to other social media aren’t as bad as feared.

Facebook is closing in on its first birthday as a publicly traded company with a billion users. Its main challenges are now twofold: retaining and attracting active users as stated in their annual report and monetizing the site.

What is the value of a Facebook Inc (NASDAQ:FB) like to a business? Like us, like us sites beg and sponsor promotions to garner more fans, especially free spending youths. Does this reek of desperation or does it really bring in business?

Consumer goods stocks’ conference calls in the last several years have mentioned expanding their social media presence. The main reason as companies from old-school Campbell Soupto hip Urban Outfitters, Inc. (NASDAQ:URBN) attest is to attract the millennial demographic and their younger siblings.In 2011 the value of a Facebook like was roughly estimated to be $8.00 with a share at $14.00. Twitter fared much worse at $2.00 and $5.00 respectively.

In 2010 Syncapse valued a Facebook fan between $270.00 and zero, zip, nada. Herein lies the problem as they subhead it, “No Two Fans Are Alike“. Determining the ROI of a Facebook strategy is hit or miss depending on the industry. Fool Alex Planes notes recent surveys on valuing “shares” have varying numbers but the onus of delivering content that garners “shares” is still on the advertiser.

At a trailing P/E of 1,772 with a forward P/E of 34.08 this is a stock that requires a lot of conviction. The PEG at 1.55 indicates it’s only a little overvalued but the EV/EBITDA at 45.21 is truly concerning. The profit margin of only 1.04% is similar to the razor thin margins of supermarkets (yikes!). Analysts still expect 29.04% EPS growth over the next five years (yoy).

Henry Blodget of Business Insider appearing on CNBC noted that when Facebook Inc (NASDAQ:FB) debuted its operating margin was close to 50% and has come down to 10.57% and revenue growth has been decelerating . He also downplayed the impact of the Facebook Android phone Home app. Nonetheless the stock closed up 3% on above average volume after the big reveal.

Related Insider Monkey Articles
Facebook Inc (FB): Not Even It Is Able to Save This Smartphone MakerNetflix, Inc. (NFLX), Facebook Inc (FB): Social Media & the SEC, a Love...EMC Corporation (EMC): America’s 4th Best CEO Will Give You an Investing...Netflix, Inc. (NFLX): Is It Destined for Greatness?Google Inc (GOOG): Is It Finally About to Get Serious About Messaging?