It is surprising just how much more money natural gas still fetches overseas. Henry Hub selling under $4 per MMBtu, while the price of Japanese liquefied natural gas (LNG) is around $16 per MMBtu. The U.S. government is hesitant to approve LNG export facilities on American soil due to energy security concerns. The best bet to save North America from its natural gas glut is to head north, where a number of LNG projects are moving forward. 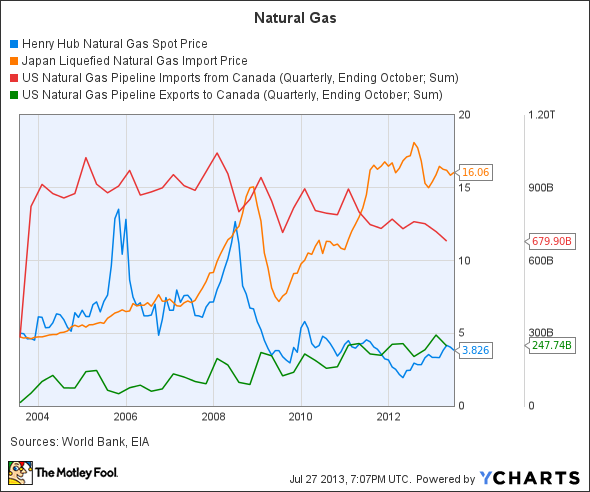 Exxon Mobil Corporation (NYSE:XOM) needs all of the growth it can find. The firm is drilling off the coast of Africa and trying to bring new fields online, but it struggles to find investments that are secure and profitable. It is in this context that Canada is an attractive option. New LNG export facilities will help to fuel Asian power plants, while Exxon Mobil Corporation (NYSE:XOM) continues to look at Arctic exploration. After being kicked out of Venezuela, it is not hard to see why a stable nation like Canada is an attractive investment location.

Now, Chevron Corporation (NYSE:CVX)’s and Apache Corporation (NYSE:APA)’s LNG project is facing more competition from Exxon Mobil Corporation (NYSE:XOM) and Imperial Oil Limited (USA) (NYSEMKT:IMO), but it should not be overestimated. LNG facilities are complicated and few are likely to be built on North America’s western coast.