Craft Brew Alliance Inc (NASDAQ:BREW) released fourth quarter earnings and discussed fiscal year 2012 results with shareholders on Wednesday. Earnings per share were flat year-over-year and earnings for 2012 were in line with November’s revised guidance at $.13 per diluted share. The share price barely moved on the report but the conference call contained exciting news for 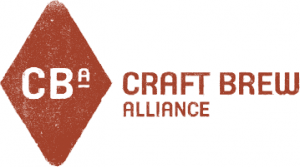 Craft Brew Alliance shareholders, as well as areas of concern.

Widmer once again declined, with depletions contracting 5%. However, shareholders should note that Widmer depletions declined less than in previous quarters, and that most of the decline comes from lower depletions of hefeweizen in the West, particularly in California. Importantly, Widmer’s other beers grew, with volumes of the high-end Reserve line doubling. In other words, while past quarters pointed to a flailing brand, the fourth quarter showed that Craft Brew Alliance’s strategies to retool the Widmer brand have worked, and that the problem is now confined to a single beer.