Estee Lauder Companies Inc (EL): Why is the Market in Love With This Beauty Play? 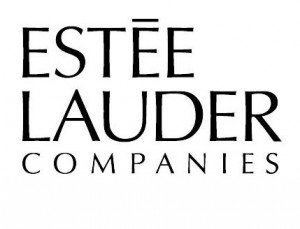 To be or not to be? To buy or not to buy? That is our question with Estee Lauder Companies Inc (NYSE:EL). Whether it is nobler in the mind to suffer not buying a stock that that the market loves, or to take arms against a high valuation, revenue forecasts at the bottom end of guidance, and a management initiative that thus far isn’t quite going as planned? The good news is that unlike Shakespeare’s Hamlet not everyone is going to end up being murdered–but, being the maverick type, I favor raising arms against Estee Lauder Companies Inc (NYSE:EL)’s evaluation.

I can understand why the market loves this stock and why it is willing to award it an valuation of nearly 24 times earnings to June 2014. The company has a number of attractive growth drivers:

Putting these things together creates a powerful case for the company.

On the other hand, these drivers have been known for some time. I’m not convinced that Estee Lauder Companies Inc (NYSE:EL) is a good value or is outperforming to the extent that the market is rewarding it.

Estee Lauder’s performance could be better

For brevity’s sake I should note that I covered the stock previously in an article linked here for anyone looking for a primer or background. I have three main points to make on why I think it could do better.

First, the SMI was supposed to produce significant cost savings and improve its operational metrics. This is already happening, but by some measures we could have hoped for a bit more. In the previous article I discussed how Estee Lauder Companies Inc (NYSE:EL) was hoping to increase inventory turn to 3x from 2x. In simple terms this just means it holds relatively less inventory and can decrease working capital requirements accordingly. Ultimately this would help increase cash flow.

Its performance over this issue is best expressed in a graph. These are my calculations based on company data.

I realize that I am probably being a bit harsh here – it is early in the SMI — but we are still a ways away from the 3x figure. This is a metric worth following because it will guide cash flow in the future.

Secondly, the SMI has caused some short term customer service challenges, which led to some delays and products out of stock. Management claimed that these problems were largely dealt with and were expected to have been resolved by the end of the quarter, but I note that the next wave of the SMI roll out has been delayed by six months. The SMI is not entirely going as planned.

The Procter & Gamble Company (PG): What To Do, What To Do?

Procter & Gamble Company (PG): What Upside Is There?

The Procter & Gamble Company (PG): Was This The Dumbest Stock Pick at...