If you’re starting to get dizzy following the market, you’re not the only one. For the third day in a row, the Dow Jones Industrial Average (INDEXDJX:.DJI) moved by triple digits, this time falling by 0.9% today. On a day with no major earnings reports, Bank of America Corp (NYSE:BAC) and Apple Inc. (NASDAQ:AAPL), arguably the market’s two most volatile megacaps, seemed to be the culprits as both were down 4.7% and 5.5%, respectively. 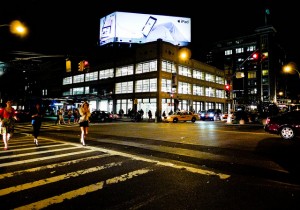 Indexes in Germany and France were also both down 2.3% on rumors that the eurozone’s two biggest economies could see downgrades in their credit ratings. The head of Germany’s national bank, Jens Weidmann, said that the debt crisis could take the continent a decade to get over.

This afternoon’s release of the Federal Reserve’s Beige Book report showed the central bank sees a continuing “moderate” pace of growth from the economy as improvements in the housing and auto sector help defray headwinds from budget cuts and higher taxes. Though the Fed’s observations and announcements sometimes cause wild swings in the market, today’s report produced no reaction from investors.

Apple Inc. (NASDAQ:AAPL) shares also plummeted 5.5%, dipping below $400 for the first time in more than a year. Investors are worried that the iPhone maker will miss estimates when it reports earnings next week as a number of weak signs have emerged. Shares of Cirrus Logic, Inc. (NASDAQ:CRUS), a key supplier of audio components for Apple Inc. (NASDAQ:AAPL) products, finished down 15.7% after it lowered revenue expectations for the quarter and a lower-than-expected inventory, presumably on reduced demand from Apple. Analysts have also said they expect iPhone sales to be down from the December quarter and that the iPad mini could cut into gross margins.

The article Stocks Crumble on Apple and Bank of America Concerns originally appeared on Fool.com.

Related Insider Monkey Articles
Bank of America Corp (BAC): Why It Has Sunk the Dow

Nokia Corporation (ADR) (NOK): What To Expect on the EPS and Rev. SideIntel Corporation (INTC): Why It Didn’t Plunge
Monthly Newsletter Strategy
Download a free copy of our newsletter and see the details inside!
Hedge Fund Resource Center
Billionaire Hedge Funds