Equities Are Breaking Away from Currency Market Volatility

Published on January 15, 2017 at 8:11 am by Insider Monkey Staff in Futures/Forex,Macroeconomic Predictions,News 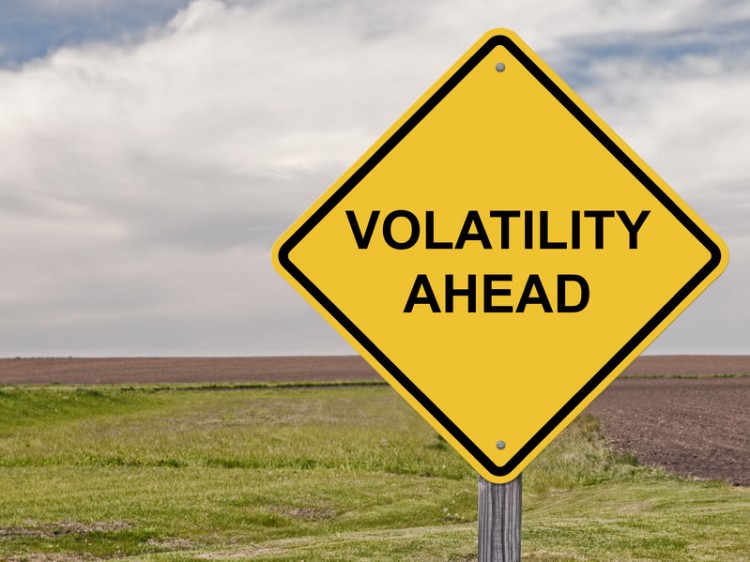 The weak pound is dragging down the FTSE 100 rally
UK’s FTSE 100 stock index is enjoying a strong rally leading to nine straight daily record highs on January 10. However, investors with exposure to the surging equities index won’t be smiling to the banks because the pounds in which the FTSE 100 is denominated is in a freefall. In fact, the pound is down a massive 19% against the USD since the Brexit vote happened on June 23 last year.

Many of the stocks listed in the FTSE 100 have huge international operations; hence, the massive drop in the pound suggests that those firms would lose most of their gains to forex headwinds. In essence, it might not make much sense for investors to maintain a huge exposure to UK equities because they’ll get better returns by investing their funds in U.S. markets.

The more worrisome fact is that international investors own about 54% of shares listed on UK’s exchanges; hence, the weakness in the pound might lead a capital flight as foreign investors seek bigger returns elsewhere.

Stock investors should be worried about volatility in the currency markets
The unexpected victory of Donald Trump in the 2016 U.S. presidential elections caused U.S. equities to soar contrary to pre-election market fears. Major U.S. market indexes such as the Dow Jones and S&P 500 recorded a strong rally that pushed them towards record highs. The strong U.S. equities trend also led to an improvement in the outlook of global equities.

The general upswing in stocks also led to a massive drop in the CBOE Volatility Index (VIX), which investors use to gauge volatility in the stock market. In fact, the VIX volatility Index has crashed by a massive 37.8% since the completion of the 2016 U.S. election on Nov 8 as seen in the chart below. 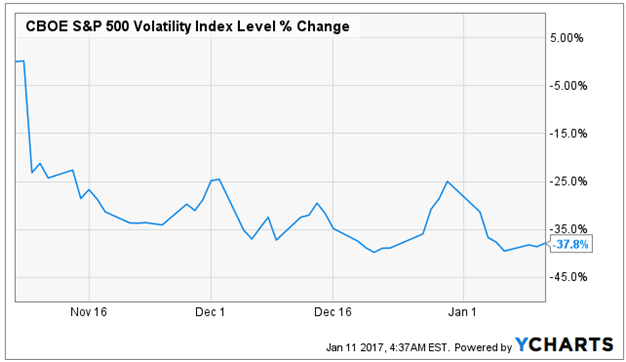 However, the massive drop in the volatility inherent in the equities market has not translated to a drop in the forex markets. In contrast, investors have been forced to contend with wild swings in the currency markets. Of course, the U.S. Dollar has maintained a decently bullish run in the last couple of months; the same cannot be said for other currencies. For instance, the Chinese Yuan, British Pound, Turkish Lira, and Mexican Peso have recorded wild swings against the dollar in the last couple of months.

Make The Forex Markets Yours And Earn Breakthrough Profits!