The United States may be on the brink of war with Syria and, in the process, also irritating some of our trade allies, yet two-in-five stocks in the Motley Fool CAPS database are within 10% or less of a new 52-week high. For skeptics like me, that’s an opportunity to see whether companies have earned their current valuations.

Keep in mind that some companies deserve their current valuations. Take oil equipment and services provider Halliburton Company (NYSE:HAL), which reported a record quarter of revenue in July of $7.3 billion, and looks poised for ongoing contract wins as President Obama pushes toward American energy independence. Furthermore, Halliburton completed the repurchase of $1 billion worth of its own shares in the second quarter and boosted its ongoing share repurchase program by $4.3 billion, to $5 billion, of which $3.3 billion was purchased in a modified Dutch auction in August. With increasing shareholder value on Halliburton Company (NYSE:HAL)’s mind, this isn’t a company I would dare consider betting against.

Not what I envisioned

Envision Healthcare Holdings Inc (NYSE:EVHC), previously known as CDRT Holding, went public less than a month ago, but has already made a name for itself, forging higher just weeks before the state-run exchanges under Obamacare are set to open for business.

Envision Healthcare Holdings Inc (NYSE:EVHC), which you may know better by its 12,000 paramedics and trained medical technicians, who are seen in AMR ambulances, certainly picked an optimal time to IPO given the radical reform that’s set to unfold in the health-care space. But, are shareholders paying a hefty price to get a piece of Envision? I think so.

On a year-over-year growth basis, it’s not hard to understand why investors are bidding up Envision Healthcare Holdings Inc (NYSE:EVHC). Year-over-year EBITDA nearly doubled, with EPS more than doubling, thanks to tighter cost controls. But, there are also some very disturbing fundamental aspects of Envision from a debt and valuation perspective that have me concerned.

For one, with a valuation of $4.7 billion, Envision Healthcare Holdings Inc (NYSE:EVHC) is valued at close to 12 times its 2012 EBITDA — a value that seems a bit steep given that ambulance operator and competitor Rural/Metro filed for bankruptcy last month. I know what you’re thinking: “Isn’t one less competitor good news?” The answer is yes… and no. It does reduce competition a bit, but also proves that upfront costs of the business are incredibly high.

The other concerning aspects are Envision Healthcare Holdings Inc (NYSE:EVHC)’s uncompensated revenue expense, and its net debt. Last year, Envision brought in $5.8 billion in revenue, but wrote off $2.5 billion as bad/uncollectable debt… that’s insanely high! In addition, purchasing ambulances and providing medical care isn’t cheap, and has pushed Envision to carry $2.67 billion in net debt as of its last quarter. In September of last year, Moody’s assigned the company a Caa1 credit rating, which, by its own definition, is a poor-credit quality and high-risk company. I wouldn’t use Obamacare as an excuse to buy Envision, and would suggest avoiding it here.

Not all prototype companies are the same 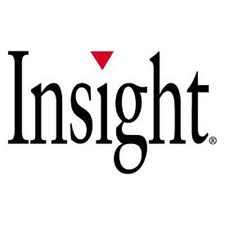 Zep, Inc. (ZEP): Why Ecolab Inc. (ECL) Could Do More With Its Dividend