Like most investors, you probably aim for the best possible return when picking potential investments. But as consumers increasingly clamor for companies to embrace social responsibility, good corporate citizenship is becoming a vital part of many companies’ success. And it can boost the performance of our portfolios, too. 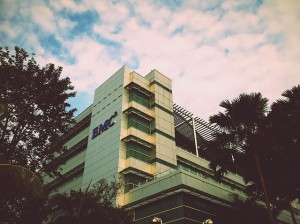 CR magazine recently released its “100 Best Corporate Citizens” list for 2013, in which it rated members of the Russell 1000 large-cap index on 325 different elements related to responsible behavior. In the coming weeks, I’ll delve into each of the seven categories that contribute to a company’s overall score.

Today, we’ll look at the corporate governance category, which gets a 7% weighting. Out of the 100 companies on the list, several dozen tied for first place in this category. They include:

To earn their high scores, the companies above engaged in a variety of good practices, such as having an independent audit committee and an independent compensation committee, as well as having few or no directors serving on more than four boards.

Digging deeper
So what, exactly, are these companies doing right? Here are a few examples of their governance practices:

Xerox Corporation (NYSE:XRX)’s corporate governance features a 90%-independent board of directors and a long list of guidelines. Directors are expected to serve on no more than four other boards, and are expected to hold a “meaningful equity ownership” in the company. Xerox Corporation (NYSE:XRX)’s four standing committees, on audits, compensation, finance, and governance, are filled solely with independent directors.

Advanced Micro Devices, Inc. (NYSE:AMD) also has a set of governance principles, which include having directors stand for reelection every year, and having no more than two employees as directors at any time. Members of the Audit and Finance and the Compensation committees are expected to serve on no more than two other public boards, and all directors are expected not to overcommit themselves to many other boards.