Emanuel J. Friedman’s fund EJF Capital has inched up its position in Prudential Bancorp, Inc. (NASDAQ:PBIP), a new filing with the Securities and Exchange Commission showed. EJF Capital now owns around 494,100 shares of the company, which represent 5.2% of the common stock. In its latest 13F filing, EJF Capital revealed holding 460,000 shares. 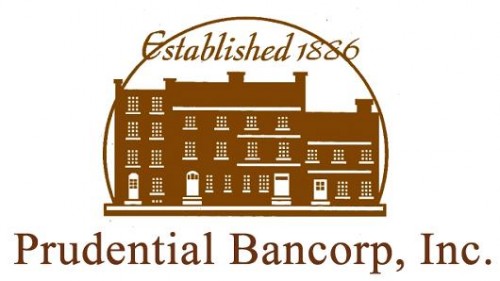 Prudential Bancorp, Inc. (NASDAQ:PBIP), the successor of Prudential Bancorp of Pennsylvania is a financial company engaged in savings and loans, operating through its wholly owned subsidiary, Prudential Savings Bank. The company at the end of last year conducted the conversion and formed the new Prudential Bancorp. In addition, last year, the company conducted an offering, selling a total of over 7.14 million shares at a price of $10.00 apiece.

For the first quarter of its fiscal 2014, ended December 31, the company reported a net income of $338,000, equal to $0.04 per diluted share, up from $0.03 posted for the same period of last year. The stock of Prudential Bancorp, Inc. (NASDAQ:PBIP) advanced by around 15% during the past 12 months, and trails a P/E of 56.xx, which is one of the highest among its peers in the industry of Savings & Loans Banks, and much higher than the industry average of 19.xx.

Out of the funds tracked by InsiderMonkey, several disclosed holding shares of Prudential Bancorp, Inc. (NASDAQ:PBIP) as at the end of last year. The highest stake was held by Firefly Value Partners, led by Ryan Heslop and Ariel Warszawski, which owned almost 475,300 shares. Jim Simons‘ Renaissance Technologies has initiated a stake in the company, holding around 103,200 shares, while Michael Price‘s MFP Investors edged down its stake to 89,900 shares.

Mr. Friedman’s EJF Capital is a fund that is focused primarily on investing in Financial stocks. Its largest holding is represented by American Homes 4 Rent (NYSE:AMH), in which the fund owns roughly 11.71 million shares, worth $189.66 million, followed by PHH Corporation (NYSE:PHH) with 4.96 million shares, and Starwood Property Trust, Inc. (NYSE:STWD) with 4.34 million shares, the positions being worth $120.85 million and $120.21 million respectively.