Video game retailer GameStop Corp. (NYSE:GME) is set to report earnings Thursday. Given the stock’s high short interest and the rocky state of its industry, it has the potential to be one of the biggest movers in Thursday’s session. 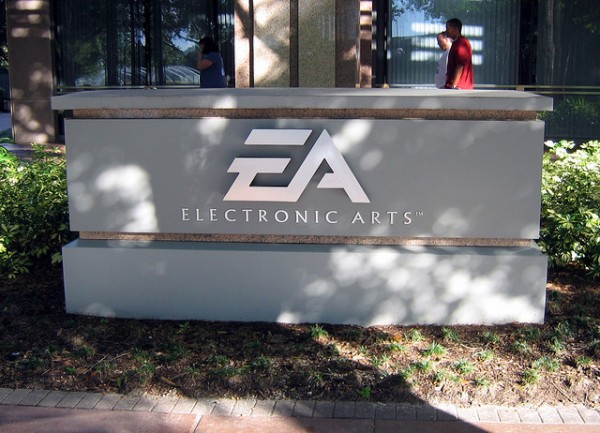 Short interest isn’t available in real-time, but as of the last report, more than one-third of GameStop Corp. (NYSE:GME)’s shares have been bet against.

GameStop bears likely view the company’s problems as fundamental. In many ways, GameStop today is facing the same issues Tower Records (a now defunct seller of music CDs) struggled with a decade ago.

GameStop is stuck in a business model that is increasingly becoming obsolete. More and more, game makers are shifting to digital distribution rather than physical disc copies of their games; soon, GameStop Corp. (NYSE:GME) could have no product to sell.

The video game industry has been under fire in recent months

To make matters worse, the game companies GameStop depends on have not fared well in recent months.

The CEO of Electronic Arts Inc. (NASDAQ:EA) stepped down earlier this month, taking responsibility for the company’s recent disappointments. Along with his resignation, the company announced that its sales would come in lower than expected this quarter.

EA’s SimCity debacle stands out as the most prominent recent failure. To fight piracy, Electronic Arts Inc. (NASDAQ:EA) required players to remain online and connected to its servers while playing. Unfortunately, EA’s servers ran into technical issues, and early adopters were unable to play. The company later offered free copies of some of its top games to compensate players.

Electronic Arts Inc. (NASDAQ:EA)’s recent struggles highlight two problems with GameStop Corp. (NYSE:GME). The first is that traditional video game companies are struggling to sell games in the current environment, and it’s not just Electronic Arts Inc. (NASDAQ:EA). Square-Enix, a Japanese video game developer, announced Tuesday that its CEO was resigning. Square-Enix said that it would post a significant loss for its current quarter.

The second is the growing digital trend. Although a player can buy a physical copy of SimCity, they must be connected to the company’s Origin digital service to play it. Origin also allows players to buy games straight from the service, and download them right to their computer.

Can refurbished electronics save the company?

To combat the company’s problems, GameStop Corp. (NYSE:GME) has started buying used electronics like tablets and iPods, refurbishing them, and reselling them. On GameStop’s last earnings call, management said that in the stores that had begun to focus on refurbished electronics, sales had risen 7%. The company intends to expand this business to more of its stores in the coming year.

Interestingly enough, it’s not the only troubled company banking on this strategy. Coinstar, Inc. (NASDAQ:CSTR), itself being pressured by a shift in media from physical to digital, has begun testing several different concepts for future vending machines.

One of these concepts, called Orango, intends to do exactly what GameStop is banking on: selling refurbished electronics.

Of course, the idea that a company can be sustained by selling refurbished electronics seems a bit suspect to begin with. Tablet prices drop dramatically each and every year as companies continue to innovate (Apple Inc. (NASDAQ:AAPL) updated its iPad twice in 2012!). How much margin is really there for a seller to exploit?