The US oil-and-gas sector is adjusting to the massive changes which have come its way in the recent years. One of them is the technique called fracking, which has uncovered huge amounts of natural gas reserves locked underground. Exploration and production companies were quick to adapt this new technique, which resulted in the oversupply of natural gas in the country, making natural gas prices hit rock bottom. This change allowed United States to achieve a significant amount of energy independence.

El Paso Pipeline Partners, L.P. (NYSE:EPB) provides services related to the interstate natural gas transportation and terminaling facilities in the United States. Along with its pipelines, the company also owns an LNG storage and re-gasification terminal near Savannah, Ga.

In recent quarterly results, the company has missed on its revenue and earnings-per-share estimates. Other than that, the gross margins and operating margins of the company grew, whereas its net margins contracted. The company’s Elba Express Phase B expansion project was completed in April 2013. The project added 10,000 horsepower at a new compressor station located in Hart County, Georgia. This has allowed the company to receive 220 MMcf/d (millions of cubic feet per day) of natural gas supply for deliveries to markets present on the company’s network in the Southeast. The markets in the Southeast are made up of end-users who demand natural gas. The company is also working on two liquefaction projects, namely Elba Island Liquefaction Project and GLNG Liquefaction Project. This would allow the company to export LNG to the FTA countries. I believe that this move into the LNG business will be highly profitable for the firm in the coming years.

Energy Transfer Equity, L.P. (NYSE:ETE) is a diversified energy company that provides energy-related services. The company sells natural gas to a variety of end users such as electric utilities, power plants, industrial end users, etc. The company’s trailing 12-month revenues are its highest, but they were largely overshadowed by its operating expenses. 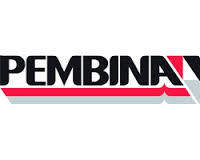