Edison International (EIX): Are Hedge Funds Right To Stay Away From This Stock?

After a lengthy stretch of outperformance, small-cap stocks suffered from July 2015 through June 2016, as heightened global economic fears led investors to flee to the safe havens of large-cap stocks and other instruments. Those stocks outperformed small-caps by about 10 percentage points during that time, with small-cap healthcare stocks being particularly hard hit. However, the tide has since turned in a big way, as evidenced by small-caps toppling their large-cap peers by 5 percentage points in the third quarter, and by another 5 percentage points in the first seven weeks of the fourth quarter. In this article, we’ll analyze how this shift affected hedge funds’ Q3 trading of Edison International (NYSE:EIX) and see how the stock is affected by the recent hedge fund activity.

Edison International (NYSE:EIX) was in 19 hedge funds’ portfolios at the end of the third quarter of 2016. EIX has experienced a decrease in support from the world’s most elite money managers recently. There were 20 hedge funds in our database with EIX positions at the end of the previous quarter. At the end of this article we will also compare EIX to other stocks including LinkedIn Corp (NYSE:LNKD), Archer Daniels Midland Company (NYSE:ADM), and Equity Residential (NYSE:EQR) to get a better sense of its popularity. 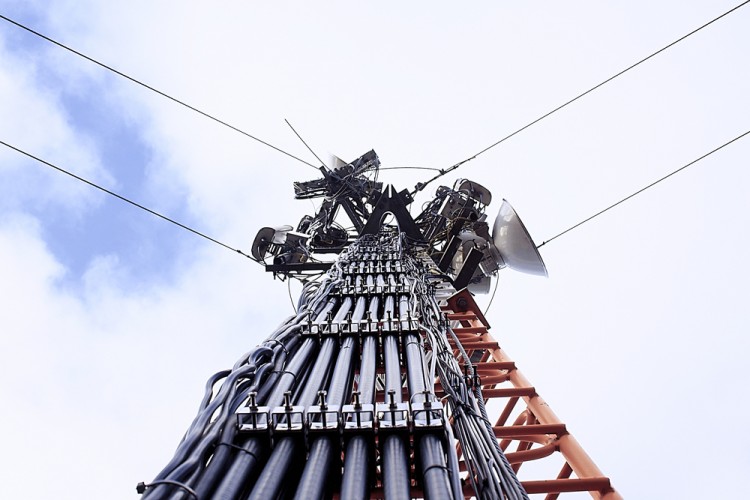 What have hedge funds been doing with Edison International (NYSE:EIX)?

At Q3’s end, a total of 19 of the hedge funds tracked by Insider Monkey were long this stock, a 5% dip from the previous quarter and the second straight quarter with a decline in hedgie ownership. With the smart money’s positions undergoing their usual ebb and flow, there exists a few key hedge fund managers who were upping their stakes significantly (or already accumulated large positions). 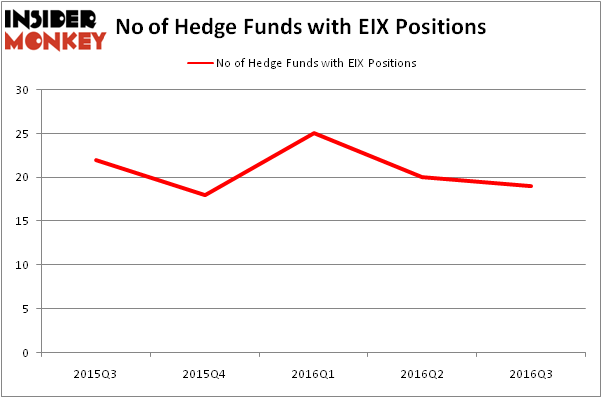