Among the list of companies that released their earnings for the second quarter 2014 on July 21, 2014, included Hasbro, Inc. (NASDAQ:HAS), Halliburton Company (NYSE:HAL), SunTrust Banks, Inc. (NYSE:STI) and BB&T Corporation (NYSE:BBT). 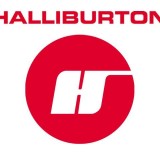 Meanwhile, Hasbro’s President and CEO Brian Goldner said, “Second quarter performance reflects our continuing re-imagination of brands across the brand blueprint and the positive impact of our investment and focus on strategic growth opportunities within Hasbro.”

The oilfield services company attributed the rise in performance to a significant improvement in its activities in North America and the Eastern Hemisphere.

In addition, the company promoted Jeff Miller, the CEO and executive vice president, to the post of President and appointed him to Halliburton’s Board of Directors with effect from August 1, 2014.

Last but not the least, BB&T Corporation (NYSE:BBT) reported a lower net income figure at $425 million for the second quarter 2014 compared to $547 million in the same period last year, reflecting a fall of 22.3%.

The company attributed the fall in its net income to mortgage and tax related reserve adjustments which had an after-tax impact of $88 million.