E2open Inc (NASDAQ:EOPN)’s stock continues to be gobbled up by Altai Capital Management, L.P. like it was pellets in a game of Pac-Man, and Altai was the very hungry protagonist of said game. As we reported a little over one week ago, Altai declared a new position on E2open by acquiring 1.71 million shares of the company’s stock, or 5.9%. They have since amassed another 1.06 million of the company’s shares, bringing their total to 2.77 million, which accounts for 9.5% of the company’s common stock. 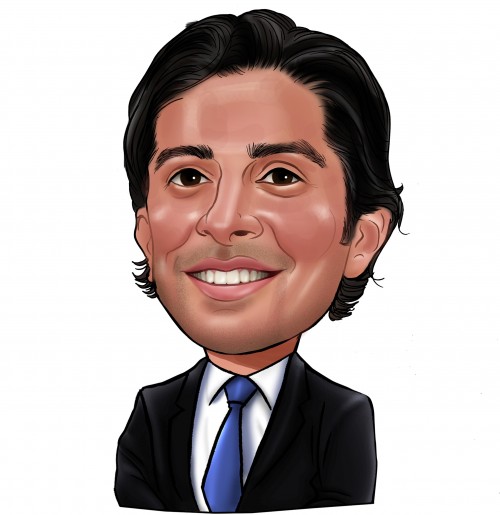 It’s another bold move by Altai, which is managed by Rishi Bajaj, Toby Symonds, and Steve Tesoriere, who each came from different funds, largely with backgrounds in credit. Yet the New York-based hedge fund, which was started in 2009, has quickly made a name for itself with shrewd activist investing. Though the fund’s founders indicated they would make a move into credit markets in 2015, they are clearly not done with what has made them successful either.

In E2open, they are betting on a company that has seen its stock plummet over 75% in the past year, from $23.50 to $5.80, and which took another hard hit just days after their opening of their position in the company in late December. As we reported on January 5, the company’s earnings call on January 8 presented the possibility for a quick turnaround in the stock, should they reveal positive results or encouraging trends.

Yet the maker of cloud-based software platforms announced disappointing fiscal 2015 fourth quarter results instead, which came in well below analyst expectations, pushing their stock down another 35%. Their full year projections for fiscal 2015 were also well below expectations. That news set off a flurry of price and target adjustments by analysts, the majority of which downgraded E2open.

However, that further drop in value of E2open’s stock may have provided the impetus for Altai to jump even deeper into bed with them and increase their position further. They now have by far the largest stake in the company of any fund, with the highest fund ownership of the company previously belonging to Chuck Royce’s Royce & Associates, who held under one million shares in E2open as of September 30, well below 5% of the total common shares.

The interest in E2open from Altai is particularly intriguing given Altai’s tremendous success from their first forays into activist investing. They first dipped their toes into those investing waters in 2012 by taking an activist stake in Sunedison Inc (NYSE:SUNE), eventually winning a seat on that company’s board and using it to institute changes to their business model. Sunedison’s stock has since soared from a couple of dollars to over $20.

Altai’s success continued last year when they generated returns of 25%, partially on the strength of their activist investment in RealD (NYSE:RLD) in February. Their move quickly catapulted that company’s stock up over 40%, as they lobbied for the company to slash its R&D budget.

They will now likely attempt to pinpoint some of the operational deficiencies in E2open and make suggestions to help the struggling company get back on track. They’ll have their work cut out for them, as E2open is suffering from weak growth in its earnings per share, poor operating cash flow, and sliding net income.

Yet there’s now the hope of a new direction for the company, which activist investors can often provide, and which makes them so important to those company’s shareholders, and which likewise makes it important to track their involvement by all potential investors. We’ll be actively monitoring Altai’s involvement in E2open to see what the fruits of their investment and involvement can bring.