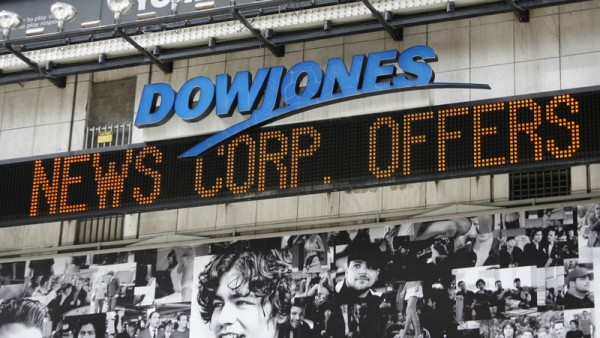 European stock markets have moved modestly higher this morning, recouping some of the losses they suffered after Friday’s disappointing U.S. jobs report. At 7:45 a.m. EDT, the FTSE 100 was up 0.35% and the German DAX was 0.28% higher, but there wasn’t much good news to support a sustained improvement. German industrial production rose by 0.6% in February, but January’s flat reading was revised down to -0.6%, and the year-on-year figure remains negative, down 1.8%. Italy remains without a new government, and Portugal’s government came under renewed pressure at the weekend after a court vetoed proposed public-sector wage and pension cuts, meaning the cuts will now have to be made through further public-sector service cuts, possibly to health and education.

What support there is for European markets may be a consequence of Japan’s newly enlarged quantitative-easing program. This morning, the Bank of Japan purchased 1.2 trillion yen of Japanese sovereign bonds with maturities of five years or more, triggering a further fall in the yen, which was trading at 98 to the dollar at 7 a.m. EDT.

In the U.S., the Chicago Fed is scheduled to release its Midwest Manufacturing Index for February at 8:30 a.m. EDT. No other economic reports are due, but tonight sees the start of earnings season, when traditional bellwether Alcoa Inc (NYSE:AA) reports its earnings for the most recent quarter after the closing bell. Expectations are low: The highest of the consensus forecasts is from Thomson Reuters, which is forecasting a 1.6% rise in earnings per share, while FactSet is predicting a 0.6% fall in earnings to $0.08 per share and a 1.6% drop in sales to $5.9 billion. Earnings growth across the S&P 500 (S&P Indices:.INX) has weakened over the last quarter, triggering speculation that the index — which hit new record highs in March — could be due for a correction.

The article Dow May Rebound as Japanese Stimulus Takes Effect originally appeared on Fool.com and is written by Roland Head.

Roland Head has no position in any stocks mentioned. The Motley Fool owns shares of AZZ.