Companies 0 See All
Hedge Funds 0 See All
Insiders 0 See All
Institutional Investors 0 See All
Click here to see all results for Sorry, no results has been found matching your query.
Business-IPOs-News-Stock Analysis

“It certainly is surreal”. There is definitely no other words to describe how the DoorDash co-founder and CEO, Tony Xu felt when asked about how DoorDash could potentially be a 46 billion-dollar company in the future. “Seven years earlier, this is not what I was thinking about.” said the 35-year-old Chinese-American businessman in an interview with Bloomberg.

DoorDash Inc.(DASH) is a seven-year-old food delivery service in the United States which was launched in California last 2012. They do door-to-door deliveries and is currently the top mobile application based food delivery service in the country. Just this year, DoorDash filed for an Initial Public Offering(IPO) last November 13 and it recently became a publicly-traded company last December 9, 2020. 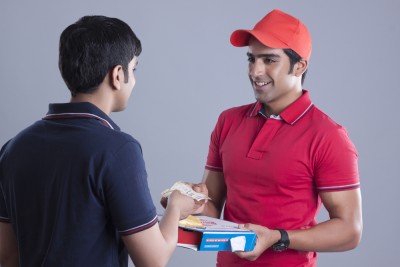 “I think it really is a testament to the hard work of all the people inside the walls of DoorDash as well as the partnership with our ecosystem, with our merchants, the dashers on our platform, and everyone outside of our four walls for the past seven years as well as a reflection of the confidence that investors have about our future.” said Tony about his company’s recent milestone debut in the New York Stock Exchange(NYSE). DoorDash was recently valued at $16 billion back in June this year but it’s already worth more than double of that and its value continues to rise especially now that we are still in a pandemic. “I’ve always been more focused on ‘chasing customers’ and ‘chasing excellence’ versus chasing the scoreboard.” said Tony about how the impressive rise of the value of his company was achieved. He thinks that the strong demand during the IPO process was both a testament to the strong underlying business that they built today and an appreciation for what it can become in the future. According to Tony, half of their goal is to build the largest local commerce marketplace in which they can bring everything inside any city and into the doors of their customers in minutes. He emphasized that the goods will be delivered in “minutes”, not hours or days. “The other half of our goal is to make sure that we can take the products we built for our marketplace and give them to merchants in the form of ordering as a service logistics so that they can build an end-to-end technology solution just like what we have for ourselves so that they can serve their own customers and compete in today’s convenience economy.”

Faced with a rapidly changing competition, DoorDash remains ahead of its competitors and was able to lead with an outsized growth. What are they doing differently that made them stand out and be on top of their peers? “Our growth really comes from the fact that we are always obsessed over building a superior product” he marked. “I think that can be revealed in a lot of industry-leading retention metrics that are available and studied by analysts.” said Tony about his company’s recent upward momentum. According to Xu, DoorDash wants to focus more on offering its consumers an unmatched combination of the selection of restaurants and the delivery experience together with the affordability of the service they offer. These things allowed them to grow larger and have a lot more ability to invest and reinvest in building new products, acquiring new customers as well as expanding into new territories. “Superior products allowed us to build a massive scale advantage which is key in a network-based business like logistics and finally, we’ve achieved superior unit economics both through operating our operational excellence and just getting the waste out of the system as well as winning parts of the industry such as the suburbs which are not only the biggest part of the industry, the fastest-growing part of the industry but also the most profitable part of the industry.” he confidently uttered.

During the interview, Tony was also asked about his outlook for DoorDash in the next 5 years and he responded by saying, “I have a lot to do. Today we are privileged to serve 390,000 merchants every month, 18 million monthly active consumers, and over a million dashers, but those statistics are just averages and are not distributed uniformly. There may be certain neighborhoods where we should offer more selections. We should get faster. We should be more affordable.” DoorDash really has a long way to go and Tony is always making sure and always reminds the entire team that if they can master the inputs, then the score will take care of itself.

The majority of us know that growth has surged in the pandemic and a vaccine is just around the corner. DoorDash’ risk factors say that growth is likely to slow. So how much does Tony think that growth will really slow? “I wish a vaccine were really here. I wish that we could be celebrating as a team inside of a restaurant. I’ve really thought about just how early we are. Only 10% of restaurant sales are being delivered today. The vast majority(90%) of the industry still happens through a phone call, through a pickup order, or even through a drive-through. We’re playing in one of the biggest yet still most “underpenetrated” industries in the world that are moving online very quickly.” he replied. Tony mentioned that a lot of these physical experiences are now becoming digitized into e-commerce experiences. Xu together with DoorDash is playing their role in both growing the industry by bringing in customers for the first time and also empowering businesses to have the same tools that they have so that people can compete on their own.

Many restaurants are struggling but DoorDash’s commissions can get as high as 30%. DoorDash is bringing in more customers that these restaurants may never have had before but owners say that they are still getting stamped out. What are the chances that DoorDash’ can bring commissions down as they scale? As for Tony, “It certainly is a very tough time for restaurants and for us.” He also stated, “Our mission is to transform brick and mortar businesses like the local Chinese restaurant where I grew up as a dishwasher. I certainly understand how difficult these times are and never have I seen anything more difficult in the past three decades. That’s why we were the only platform to have ‘cut’ our commissions by 50% and invested over 100 million dollars at the onset of this pandemic.” As their way to help these local restaurants, DoorDash built “commission-free” products such as ‘DoorDash Drive’ and DoorDash Storefront. With these commission-free products, restaurants can get their own customers through their own channels. “But I also want to make sure that we understand that there is a cost in what we do. When you’re trying to bring an industry online for the very first time, you have to invest hundreds of millions of dollars in marketing. And to do that, you have to invest billions of dollars so that we can pay for the incremental earnings opportunities that we provide to millions of dashers, so many of whom really need these opportunities during a pandemic. We have to pay for payment processing and customer support and that’s why we’re very proud of the investments that we’ve made that have allowed restaurants on DoorDash to have 6 times the odds of surviving the pandemic than the average restaurant in the industry.”

Proposition 22 was recently passed in California meaning, this law exempts app-based transportation and delivery companies from providing employee benefits to certain drivers. Prop 22 permits companies to continue treating these app-based transportation and delivery riders as independent workers rather to be treated as employees. This could end up being a battle in other states that are part of DoorDash’s range of service and there are also cities that are trying to put caps on the commissions they take. Given these events, Tony was questioned if he thinks the food delivery business is going to deal with these issues forever and he answered in reply, “Prop 22 is a win for dashers. That’s the most important outcome that came from Prop 22 and it really was trying to solve two principles that we have been fighting for at DoorDash. Certainly, we’ll be continuing to commit our resources behind you. In addition to that, he also said, “The first(thing) is that making sure that the dashers on our platform can have the same flexibility that really no one else offers and in continuing that process where work is paying off and surrounding our life as opposed to the other way around.” Furthermore, Tony stated that the other things they want to give the dashers are the protections and the security that they deserve. “I really think that’s what Prop 22 really stands for and I’m really proud of the fact that, by a wide margin of 59 to 41 citizens in California on both sides of the aisle in the most progressive state of California in this country, vouched for it and so we are now working with elected officials across all levels in all parts of the country to really try to take a lot of principles behind Prop 22 and create a uniform standard where we are developing a third way of work.” he concluded.