Dollar Tree, Inc. (DLTR): Put Your Dollar in This Stock and Watch it Grow

It has been a great year for dollar stores so far, and Dollar Tree, Inc. (NASDAQ:DLTR) has been one of the best performers in the sector with year-to-date gains of around 27%. The gains are a result of some solid strategies and great execution, which have led to robust growth in its business.

But if you though that you’ve missed the train considering the stock’s run up this year, fear not, as Dollar Tree’s recently-reported first-quarter results suggest that there’s more to come. What’s more, the stock has a PEG ratio of under unity, which is less than its peers, Dollar General Corp. (NYSE:DG) and Family Dollar Stores, Inc. (NYSE:FDO), and a forward P/E of 15.5 as compared to the trailing multiple of 18 indicates that there’s still room to run. 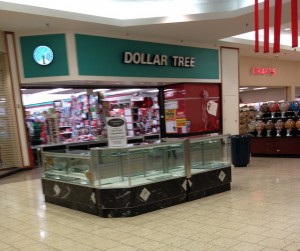 Dollar Tree, Inc. (NASDAQ:DLTR)’s results should bolster investors’ confidence in the company further, as it saw its revenue jump 8% to $1.87 billion in the previous quarter, in line with consensus estimates. In addition, adjusted earnings grew 18% from last year to $0.59 a share, ahead of estimates and powered up by the higher revenue, lower expenses, and share repurchases.

The results prove that Dollar Tree’s growth initiatives and cost efficiencies are working well. It won’t be surprising if the company continues to deliver such enthralling performances in the future, and the fact that it bumped up its full-year earnings expectations to $2.61-$2.77 per share from the previous $2.54-$2.74 range points in the correct direction.

The company’s aggressive focus on offering merchandise for $1 in its Dollar Tree, Inc. (NASDAQ:DLTR) and Deal$ stores seems to be working pretty well, and coupled with the great assortment that it keeps on the shelves, it wasn’t surprising that it delivered same-store sale growth of 2.1% in the quarter. Dollar Tree’s strategy of addressing the various needs of the customer — be it necessities, seasonal products, or discretionary products — has proved to be fruitful and it believes that this strategy will continue delivering in the future.

Dollar Tree, Inc. (NASDAQ:DLTR) might be the smallest of its peers when it comes to store count, but the company is aggressively moving to expand its network. After opening 345 stores last year and growing its square footage by 7.7%, Dollar Tree is looking to open another 340 this year, apart from relocating 75 others. By the end of the first quarter, it had already opened 94 stores (improving square footage by 7%) and I won’t be surprised if it exceeds its target by the end of the year.

What seems really impressive is that management isn’t just focused on pumping up the store count, but is also keen on rolling out stores that deliver better productivity. Dollar Tree, Inc. (NASDAQ:DLTR) is intent on increasing the sales per square foot and is working towards this goal by opening more productive stores.

As a result, its new store productivity has been growing at a good pace and was the best in 2012 in a decade. This year, the company says that it’s moving ahead of schedule in this department and this should lead to better results next year.

Moreover, the company is focusing on providing the right assortments in its stores to suit consumer needs, and is installing freezers and coolers to push sales of consumables higher. Dollar Tree had initially planned to install coolers in 475 stores this year, but now it would be installing them in 550 stores. In addition, Dollar Tree’s focus on presentation inside stores and aggressive moves to promote cross merchandising, suggestive selling, and impulse sales can further help drive its top line.

Punching above its weight

All these initiatives are really important if Dollar Tree, Inc. (NASDAQ:DLTR) is to keep up with its larger peers. With around 4,700 stores, Dollar Tree is significantly behind Family Dollar Stores, Inc. (NYSE:FDO)’s 7,600 and Dollar General Corp. (NYSE:DG)’s count in excess of 10,500.

Hedge Funds Are Betting On Costco Wholesale Corporation (COST)Dollar Tree, Inc. (DLTR): This Market Darling Is Starting to Slow Down