Does Greenhaven Associates Have A Winner (Or Five) In These Five Stock Picks?

The ugly third quarter is already behind us, and the new round of 13F filings has kicked off. Considering the disappointing stock returns of the latest quarter, it might worthwhile to take a look at which stocks hedge fund managers put faith in for the current three-month period and the upcoming quarters. Moving on to the underlying purpose of this article, we will discuss the top five holdings of Edgar Wachenheim’s Greenhaven Associates held as of the end of the third quarter. It is worth pointing out that the value-oriented investment firm sold-off two positions, reduced its holdings in seven stocks, and also increased its positions in ten stocks during the latest quarter, which might suggest that the recent correction has forced the firm to undergo a more serious re-balancing process. In the meantime, the portfolio value of Greenhaven Associates added up to $5.01 billion at the end of the quarter, compared to $5.47 billion registered at the end of the previous one. Let’s move on to the top five stock picks of Greenhaven Associates, which will be arranged in decreasing order. 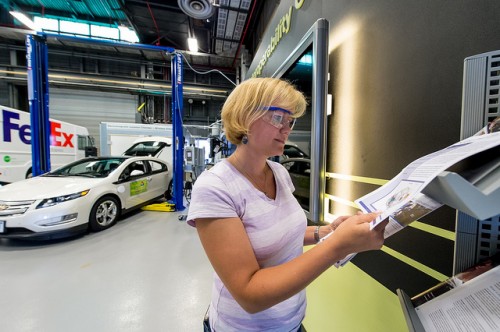 But why do we track hedge fund activity? From one point of view we can argue that hedge funds are consistently underperforming when it comes to net returns over the last three years, when compared to the S&P 500. But that doesn’t mean that we should completely neglect their activity. There are various reasons behind the low hedge fund returns. Our research indicated that hedge funds’ long positions actually beat the market. In our back-tests covering the 1999-2012 period hedge funds’ top small-cap stocks edged the S&P 500 index by double digits annually. The 15 most popular small-cap stock picks among hedge funds also bested passive index funds by around 53 percentage points over the 3 year period beginning from September 2012 (read the details here).

Shares Owned by Greenhaven Associates (as of September 30): 4.63 million shares

United Parcel Service Inc. (NYSE:UPS) represents the fifth-largest holding of Greenhaven Associates at the end of the third quarter, accounting for 9.12% of the firm’s portfolio. The investment firm decreased its position in the company by 184,285 shares during the latest three-month period, when the shares of the package delivery company gained nearly 3%. The company is expected to release its third-quarter results on October 27, but market participants should be more focused on the upcoming holiday season. Just recently, United Parcel Service announced its plans to hire up to 95,000 temporary workers so as to tackle the busy holiday season this year. Let us remind you that the company has encountered difficulties during the last two holiday seasons, which impacted its financial results for the fourth quarter. Adage Capital Management, founded by Phill Gross and Robert Atchinson, reported holding a stake of 1.07 million shares in United Parcel Service Inc. (NYSE:UPS) through the 13F filing for the June quarter.

Shares Owned by Greenhaven Associates (as of September 30): 9.00 million shares

Greenhaven Associates boosted up its position in JPMorgan Chase & Co. (NYSE:JPM) during the September quarter by 48,995 shares even though the stock struggled amid high volatility and uncertainty in stock markets. In fact, the shares of the global financial services firm lost 9% during the recent quarter, but are flat year-to-date. A little over a week ago, the company released its financial results for the third quarter, posting earnings per share of $1.32 on revenues of $23.54 billion. JPMorgan Chase & Co. has missed analysts’ expectations on both EPS and revenue, mainly owing to “challenging global environment” and the low interest rate environment. Aside from Greenhaven Associates, Boykin Curry’s Eagle Capital Management represents another top stockholder of JPMorgan Chase & Co. (NYSE:JPM) with 10.68 million shares as of June 30.

Gold Stocks Are Surging And Here’s Why
Monthly Newsletter Strategy
Download a free copy of our newsletter and see the details inside!
Hedge Fund Resource Center
Related News
IBM, Citigroup, P&G: Diamond Hill Capital Was Another Market Victim In Q3 What Do Top Investors Think Of These Banks That Just Reported Profitable Quarters? Crispin Odey Remains Bearish On Equities, Which Says A Lot About These 5 Stocks He Likes What does the Smart Money Think of These Two Stocks on The Move? Smart Money Likes Only One of These Two Companies that Added New Catalysts to Their Growth FedEx Corporation (FDX) Slips on Earnings; What Do Hedge Funds Say about It? The 5 Banking Stocks That Hedge Funds Are Depositing Their Money Into 10 Best Things To Buy On Amazon Under 20 Dollars 11 Most Expensive Countries to Buy Milk 7 Most Expensive Pencils In the World
Billionaire Hedge Funds