In this article you are going to find out whether hedge funds think X4 Pharmaceuticals, Inc. (NASDAQ:XFOR) is a good investment right now. We like to check what the smart money thinks first before doing extensive research on a given stock. Although there have been several high profile failed hedge fund picks, the consensus picks among hedge fund investors have historically outperformed the market after adjusting for known risk attributes. It’s not surprising given that hedge funds have access to better information and more resources to predict the winners in the stock market.

X4 Pharmaceuticals, Inc. (NASDAQ:XFOR) has seen a decrease in activity from the world’s largest hedge funds in recent months. Our calculations also showed that XFOR isn’t among the 30 most popular stocks among hedge funds (click for Q1 rankings and see the video for a quick look at the top 5 stocks).

To most market participants, hedge funds are viewed as slow, outdated investment vehicles of yesteryear. While there are over 8000 funds in operation today, Our experts look at the elite of this group, about 850 funds. These investment experts oversee most of all hedge funds’ total asset base, and by tailing their first-class stock picks, Insider Monkey has brought to light a number of investment strategies that have historically outpaced Mr. Market. Insider Monkey’s flagship short hedge fund strategy outrun the S&P 500 short ETFs by around 20 percentage points annually since its inception in March 2017. Our portfolio of short stocks lost 36% since February 2017 (through May 18th) even though the market was up 30% during the same period. We just shared a list of 8 short targets in our latest quarterly update . 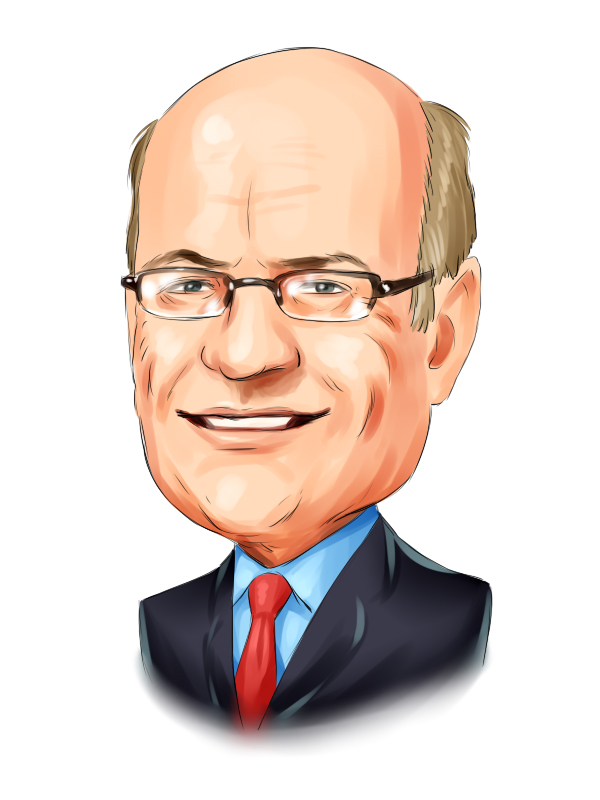 At Insider Monkey we leave no stone unturned when looking for the next great investment idea. For example, We take a look at lists like the 10 most profitable companies in the world to identify the compounders that are likely to deliver double digit returns. We interview hedge fund managers and ask them about their best ideas. We read hedge fund investor letters and listen to stock pitches at hedge fund conferences. For example we are checking out stocks recommended/scorned by legendary Bill Miller. Our best call in 2020 was shorting the market when the S&P 500 was trading at 3150 in February after realizing the coronavirus pandemic’s significance before most investors. Now let’s take a look at the fresh hedge fund action encompassing X4 Pharmaceuticals, Inc. (NASDAQ:XFOR).

What does smart money think about X4 Pharmaceuticals, Inc. (NASDAQ:XFOR)?

At the end of the first quarter, a total of 9 of the hedge funds tracked by Insider Monkey were bullish on this stock, a change of -25% from one quarter earlier. Below, you can check out the change in hedge fund sentiment towards XFOR over the last 18 quarters. With hedge funds’ sentiment swirling, there exists a few notable hedge fund managers who were boosting their holdings considerably (or already accumulated large positions). 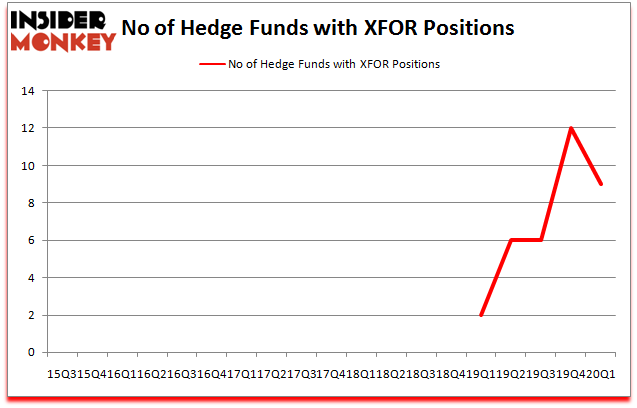 Among these funds, Biotechnology Value Fund / BVF Inc held the most valuable stake in X4 Pharmaceuticals, Inc. (NASDAQ:XFOR), which was worth $11.7 million at the end of the third quarter. On the second spot was OrbiMed Advisors which amassed $10.9 million worth of shares. Sphera Global Healthcare Fund, RA Capital Management, and Cormorant Asset Management were also very fond of the stock, becoming one of the largest hedge fund holders of the company. In terms of the portfolio weights assigned to each position Sphera Global Healthcare Fund allocated the biggest weight to X4 Pharmaceuticals, Inc. (NASDAQ:XFOR), around 1.09% of its 13F portfolio. Biotechnology Value Fund / BVF Inc is also relatively very bullish on the stock, setting aside 1.09 percent of its 13F equity portfolio to XFOR.

Seeing as X4 Pharmaceuticals, Inc. (NASDAQ:XFOR) has witnessed declining sentiment from the aggregate hedge fund industry, it’s easy to see that there lies a certain “tier” of fund managers that elected to cut their full holdings in the first quarter. It’s worth mentioning that James E. Flynn’s Deerfield Management sold off the largest stake of the “upper crust” of funds tracked by Insider Monkey, totaling an estimated $4.8 million in stock. Oleg Nodelman’s fund, EcoR1 Capital, also dropped its stock, about $4.4 million worth. These transactions are intriguing to say the least, as aggregate hedge fund interest was cut by 3 funds in the first quarter.

As you can see these stocks had an average of 6.75 hedge funds with bullish positions and the average amount invested in these stocks was $8 million. That figure was $43 million in XFOR’s case. Nesco Holdings, Inc. (NYSE:NSCO) is the most popular stock in this table. On the other hand Village Farms International, Inc. (NASDAQ:VFF) is the least popular one with only 3 bullish hedge fund positions. X4 Pharmaceuticals, Inc. (NASDAQ:XFOR) is not the most popular stock in this group but hedge fund interest is still above average. This is a slightly positive signal but we’d rather spend our time researching stocks that hedge funds are piling on. Our calculations showed that top 10 most popular stocks among hedge funds returned 41.4% in 2019 and outperformed the S&P 500 ETF (SPY) by 10.1 percentage points. These stocks gained 13.4% in 2020 through June 22nd but beat the market by 15.9 percentage points. Unfortunately XFOR wasn’t nearly as popular as these 10 stocks and hedge funds that were betting on XFOR were disappointed as the stock returned 4.4% during the same time period and underperformed the market. If you are interested in investing in large cap stocks with huge upside potential, you should check out the top 10 most popular stocks among hedge funds as many of these stocks already outperformed the market so far this year.