At the end of February we announced the arrival of the first US recession since 2009 and we predicted that the market will decline by at least 20% in (Recession is Imminent: We Need A Travel Ban NOW). In these volatile markets we scrutinize hedge fund filings to get a reading on which direction each stock might be going. In this article, we will take a closer look at hedge fund sentiment towards New Jersey Resources Corp (NYSE:NJR).

Is New Jersey Resources Corp (NYSE:NJR) a buy here? The best stock pickers are becoming less hopeful. The number of long hedge fund positions shrunk by 6 in recent months. Our calculations also showed that NJR isn’t among the 30 most popular stocks among hedge funds (click for Q1 rankings and see the video for a quick look at the top 5 stocks). 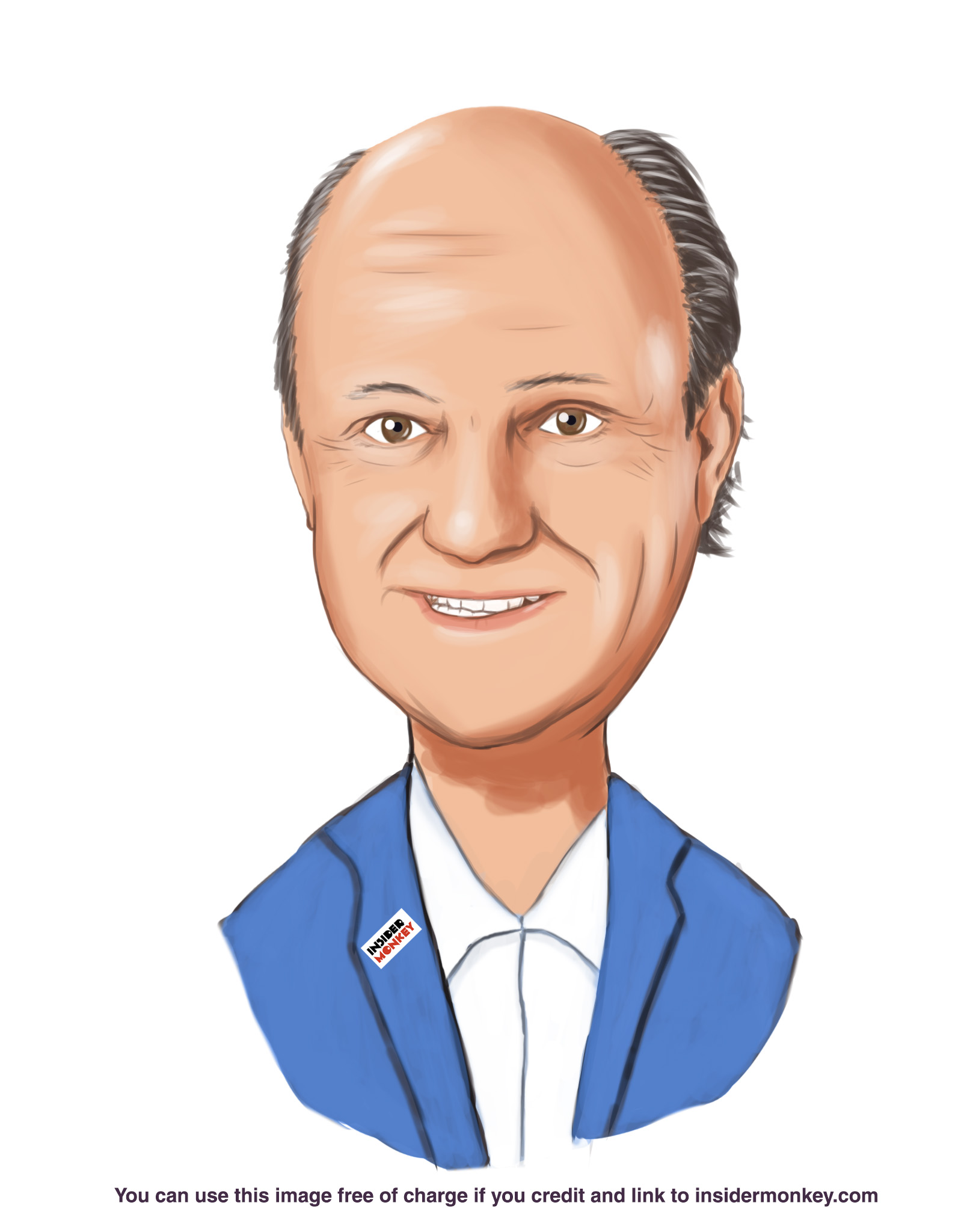 At Insider Monkey we scour multiple sources to uncover the next great investment idea. For example, we take a look at lists like the 10 easiest remote jobs that pay well to identify emerging trends that are likely to lead to 1000% gains in the coming years. We interview hedge fund managers and ask them about their best ideas. We read hedge fund investor letters and listen to stock pitches at hedge fund conferences. For example we are checking out stocks recommended/scorned by legendary Bill Miller. Our best call in 2020 was shorting the market when the S&P 500 was trading at 3150 in February after realizing the coronavirus pandemic’s significance before most investors. Keeping this in mind we’re going to review the key hedge fund action encompassing New Jersey Resources Corp (NYSE:NJR).

Heading into the second quarter of 2020, a total of 14 of the hedge funds tracked by Insider Monkey were bullish on this stock, a change of -30% from the fourth quarter of 2019. By comparison, 11 hedge funds held shares or bullish call options in NJR a year ago. With hedge funds’ capital changing hands, there exists an “upper tier” of notable hedge fund managers who were boosting their stakes meaningfully (or already accumulated large positions). 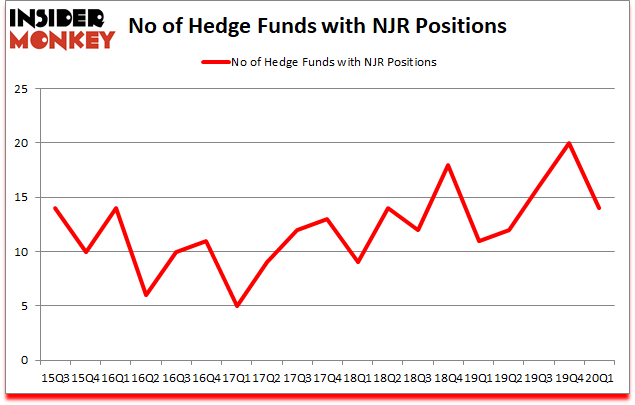 More specifically, Renaissance Technologies was the largest shareholder of New Jersey Resources Corp (NYSE:NJR), with a stake worth $13.5 million reported as of the end of September. Trailing Renaissance Technologies was Millennium Management, which amassed a stake valued at $5.8 million. Citadel Investment Group, Holocene Advisors, and Ancora Advisors were also very fond of the stock, becoming one of the largest hedge fund holders of the company. In terms of the portfolio weights assigned to each position Neo Ivy Capital allocated the biggest weight to New Jersey Resources Corp (NYSE:NJR), around 0.58% of its 13F portfolio. PDT Partners is also relatively very bullish on the stock, designating 0.2 percent of its 13F equity portfolio to NJR.

Because New Jersey Resources Corp (NYSE:NJR) has faced a decline in interest from the smart money, it’s easy to see that there is a sect of hedgies who were dropping their positions entirely by the end of the first quarter. It’s worth mentioning that Clint Carlson’s Carlson Capital sold off the largest stake of the 750 funds followed by Insider Monkey, worth an estimated $33.4 million in stock. Michael Gelband’s fund, ExodusPoint Capital, also cut its stock, about $23.6 million worth. These moves are interesting, as aggregate hedge fund interest was cut by 6 funds by the end of the first quarter.

As you can see these stocks had an average of 14 hedge funds with bullish positions and the average amount invested in these stocks was $126 million. That figure was $36 million in NJR’s case. Huntsman Corporation (NYSE:HUN) is the most popular stock in this table. On the other hand Safehold Inc. (NYSE:SAFE) is the least popular one with only 5 bullish hedge fund positions. New Jersey Resources Corp (NYSE:NJR) is not the least popular stock in this group but hedge fund interest is still below average. This is a slightly negative signal and we’d rather spend our time researching stocks that hedge funds are piling on. Our calculations showed that top 10 most popular stocks among hedge funds returned 41.4% in 2019 and outperformed the S&P 500 ETF (SPY) by 10.1 percentage points. These stocks gained 13.3% in 2020 through June 25th and surpassed the market by 16.8 percentage points. Unfortunately NJR wasn’t nearly as popular as these 10 stocks (hedge fund sentiment was quite bearish); NJR investors were disappointed as the stock returned -7.7% during the second quarter and underperformed the market. If you are interested in investing in large cap stocks with huge upside potential, you should check out the top 10 most popular stocks among hedge funds as most of these stocks already outperformed the market in 2020.