The latest 13F reporting period has come and gone, and Insider Monkey have plowed through 821 13F filings that hedge funds and well-known value investors are required to file by the SEC. The 13F filings show the funds’ and investors’ portfolio positions as of March 31st, a week after the market trough. Now, we are almost done with the second quarter. Investors decided to bet on the economic recovery and a stock market rebound. S&P 500 Index returned almost 20% this quarter. In this article you are going to find out whether hedge funds thoughtGolden Entertainment Inc (NASDAQ:GDEN) was a good investment heading into the second quarter and how the stock traded in comparison to the top hedge fund picks.

Golden Entertainment Inc (NASDAQ:GDEN) was in 13 hedge funds’ portfolios at the end of March. GDEN investors should be aware of a decrease in activity from the world’s largest hedge funds in recent months. There were 16 hedge funds in our database with GDEN holdings at the end of the previous quarter. Our calculations also showed that GDEN isn’t among the 30 most popular stocks among hedge funds (click for Q1 rankings and see the video for a quick look at the top 5 stocks). 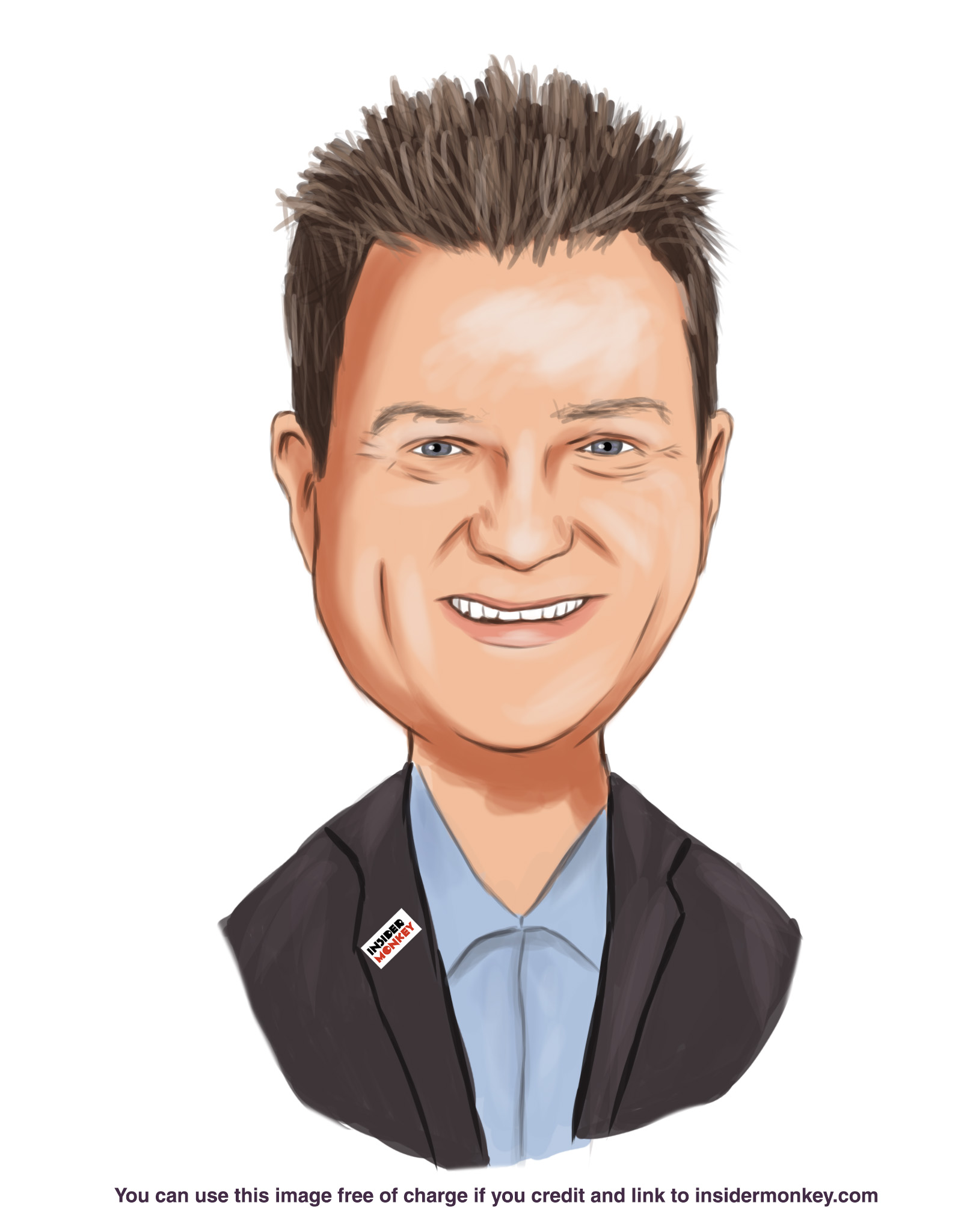 At Insider Monkey we scour multiple sources to uncover the next great investment idea. There is a lot of volatility in the markets and this presents amazing investment opportunities from time to time. For example, this trader claims to deliver juiced up returns with one trade a week, so we are checking out his highest conviction idea. A second trader claims to score lucrative profits by utilizing a “weekend trading strategy”, so we look into his strategy’s picks. We read hedge fund investor letters and listen to stock pitches at hedge fund conferences. We recently recommended several stocks partly inspired by legendary Bill Miller’s investor letter. Our best call in 2020 was shorting the market when the S&P 500 was trading at 3150 in February after realizing the coronavirus pandemic’s significance before most investors. Keeping this in mind let’s take a peek at the recent hedge fund action surrounding Golden Entertainment Inc (NASDAQ:GDEN). 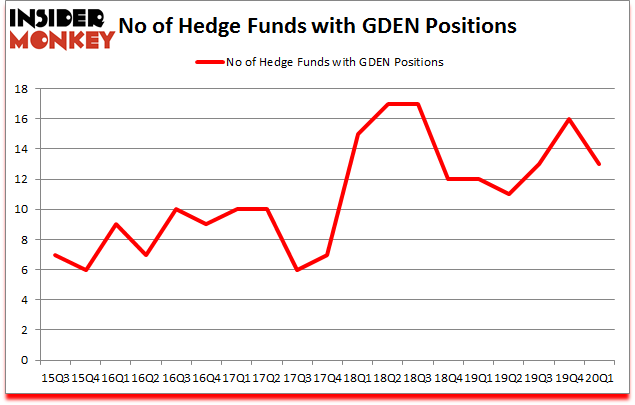 According to publicly available hedge fund and institutional investor holdings data compiled by Insider Monkey, Wilmot B. Harkey and Daniel Mack’s Nantahala Capital Management has the largest position in Golden Entertainment Inc (NASDAQ:GDEN), worth close to $16.2 million, amounting to 0.6% of its total 13F portfolio. Coming in second is Indaba Capital Management, led by Derek C. Schrier, holding a $6.2 million position; 3.4% of its 13F portfolio is allocated to the stock. Other peers with similar optimism comprise Renaissance Technologies, Mario Gabelli’s GAMCO Investors and Mark Coe’s Intrinsic Edge Capital. In terms of the portfolio weights assigned to each position 1060 Capital Management allocated the biggest weight to Golden Entertainment Inc (NASDAQ:GDEN), around 11.38% of its 13F portfolio. Indaba Capital Management is also relatively very bullish on the stock, setting aside 3.36 percent of its 13F equity portfolio to GDEN.

Seeing as Golden Entertainment Inc (NASDAQ:GDEN) has witnessed declining sentiment from the entirety of the hedge funds we track, it’s safe to say that there was a specific group of funds that slashed their positions entirely by the end of the first quarter. Interestingly, Paul Marshall and Ian Wace’s Marshall Wace LLP cut the biggest stake of the “upper crust” of funds monitored by Insider Monkey, valued at close to $0.5 million in stock, and Gavin Saitowitz and Cisco J. del Valle’s Springbok Capital was right behind this move, as the fund dumped about $0.4 million worth. These bearish behaviors are interesting, as aggregate hedge fund interest dropped by 3 funds by the end of the first quarter.

As you can see these stocks had an average of 4.25 hedge funds with bullish positions and the average amount invested in these stocks was $4 million. That figure was $36 million in GDEN’s case. Scorpio Bulkers Inc (NYSE:SALT) is the most popular stock in this table. On the other hand Brasilagro Cia Brasileira De Propriedades Agricolas (NYSE:LND) is the least popular one with only 1 bullish hedge fund positions. Compared to these stocks Golden Entertainment Inc (NASDAQ:GDEN) is more popular among hedge funds. Our calculations showed that top 10 most popular stocks among hedge funds returned 41.4% in 2019 and outperformed the S&P 500 ETF (SPY) by 10.1 percentage points. These stocks returned 13.3% in 2020 through June 25th but still managed to beat the market by 16.8 percentage points. Hedge funds were also right about betting on GDEN as the stock returned 31% so far in Q2 (through June 25th) and outperformed the market by an even larger margin. Hedge funds were clearly right about piling into this stock relative to other stocks with similar market capitalizations.