In the financial world, there are plenty of metrics shareholders can use to track the equity markets. A couple of the best are hedge fund and insider trading activity. At Insider Monkey, our research analyses have shown that, historically, those who follow the best picks of the elite investment managers can outclass their index-focused peers by a very impressive amount (see just how much).

Just as useful, optimistic insider trading sentiment is a second way to look at the marketplace. Just as you’d expect, there are a number of motivations for an executive to sell shares of his or her company, but only one, very obvious reason why they would buy. Plenty of empirical studies have demonstrated the valuable potential of this tactic if shareholders understand where to look (learn more here).

Now that that’s out of the way, let’s analyze the recent info for Verint Systems Inc. (NASDAQ:VRNT).

What have hedge funds been doing with Verint Systems Inc. (NASDAQ:VRNT)?

At the end of the second quarter, a total of 31 of the hedge funds we track were long in this stock, a change of 7% from one quarter earlier. With hedgies’ sentiment swirling, there exists a select group of noteworthy hedge fund managers who were upping their holdings significantly.

Out of the hedge funds we follow, Eric Bannasch’s Cadian Capital had the biggest position in Verint Systems Inc. (NASDAQ:VRNT), worth close to $95.6 million, accounting for 2.9% of its total 13F portfolio. Sitting at the No. 2 spot is Blue Harbour Group, managed by Clifton S. Robbins, which held a $61.8 million position; the fund has 4.7% of its 13F portfolio invested in the stock. Other hedgies with similar optimism include Robert Pitts’s Steadfast Capital Management, Andrew Feldstein and Stephen Siderow’s Blue Mountain Capital and Michael Doheny’s Freshford Capital Management.

How have insiders been trading Verint Systems Inc. (NASDAQ:VRNT)?

Insider buying made by high-level executives is most useful when the company we’re looking at has experienced transactions within the past six months. Over the last 180-day time period, Verint Systems Inc. (NASDAQ:VRNT) has seen zero unique insiders buying, and zero insider sales (see the details of insider trades here).

We’ll also take a look at the relationship between both of these indicators in other stocks similar to Verint Systems Inc. (NASDAQ:VRNT). These stocks are SS and C Technologies Holdings Inc (NASDAQ:SSNC), Qlik Technologies Inc (NASDAQ:QLIK), Sapient Corporation (NASDAQ:SAPE), Guidewire Software Inc (NYSE:GWRE), and Convergys Corporation (NYSE:CVG). All of these stocks are in the business software & services industry and their market caps match VRNT’s market cap. 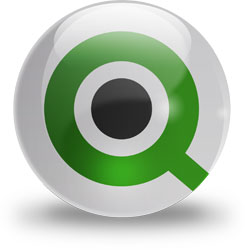