Landec Corporation (NASDAQ:LNDC) has experienced an increase in support from the world’s most elite money managers recently.

In the 21st century investor’s toolkit, there are plenty of indicators market participants can use to monitor Mr. Market. A duo of the most underrated are hedge fund and insider trading activity. At Insider Monkey, our research analyses have shown that, historically, those who follow the top picks of the best investment managers can outperform the market by a superb margin (see just how much).

Just as key, positive insider trading sentiment is another way to break down the investments you’re interested in. As the old adage goes: there are plenty of reasons for an upper level exec to downsize shares of his or her company, but just one, very obvious reason why they would initiate a purchase. Several academic studies have demonstrated the market-beating potential of this tactic if piggybackers understand where to look (learn more here).

Keeping this in mind, it’s important to take a peek at the latest action encompassing Landec Corporation (NASDAQ:LNDC).

How have hedgies been trading Landec Corporation (NASDAQ:LNDC)?

In preparation for this quarter, a total of 11 of the hedge funds we track were bullish in this stock, a change of 10% from the first quarter. With hedgies’ positions undergoing their usual ebb and flow, there exists a few notable hedge fund managers who were increasing their holdings considerably.

Of the funds we track, Wynnefield Capital, managed by Nelson Obus, holds the biggest position in Landec Corporation (NASDAQ:LNDC). Wynnefield Capital has a $27.3 million position in the stock, comprising 9.3% of its 13F portfolio. Coming in second is Ariel Investments, managed by John W. Rogers, which held a $7.2 million position; the fund has 0.1% of its 13F portfolio invested in the stock. Some other hedgies that hold long positions include Jim Simons’s Renaissance Technologies, Robert B. Gillam’s McKinley Capital Management and Israel Englander’s Millennium Management.

Consequently, some big names have been driving this bullishness. Driehaus Capital, managed by Richard Driehaus, initiated the most valuable position in Landec Corporation (NASDAQ:LNDC). Driehaus Capital had 0.5 million invested in the company at the end of the quarter. Mike Vranos’s Ellington also initiated a $0.3 million position during the quarter. The only other fund with a new position in the stock is Neil Chriss’s Hutchin Hill Capital.

What do corporate executives and insiders think about Landec Corporation (NASDAQ:LNDC)?

Insider trading activity, especially when it’s bullish, is most useful when the company in focus has experienced transactions within the past six months. Over the last half-year time frame, Landec Corporation (NASDAQ:LNDC) has seen zero unique insiders buying, and 4 insider sales (see the details of insider trades here).

With the returns shown by our research, everyday investors should always monitor hedge fund and insider trading activity, and Landec Corporation (NASDAQ:LNDC) applies perfectly to this mantra.

This Metric Says You Are Smart to Buy Solazyme Inc (SZYM) 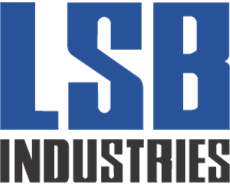