In the eyes of many of your peers, hedge funds are seen as useless, old financial tools of an era lost to time. Although there are In excess of 8,000 hedge funds trading currently, Insider Monkey focuses on the aristocrats of this club, around 525 funds. It is assumed that this group oversees the majority of all hedge funds’ total assets, and by keeping an eye on their highest performing investments, we’ve come up with a number of investment strategies that have historically outperformed the market. Our small-cap hedge fund strategy outperformed the S&P 500 index by 18 percentage points per year for a decade in our back tests, and since we’ve began to sharing our picks with our subscribers at the end of August 2012, we have trumped the S&P 500 index by 33 percentage points in 11 months (explore the details and some picks here).

Equally as crucial, positive insider trading activity is a second way to look at the investments you’re interested in. Obviously, there are a variety of motivations for a bullish insider to downsize shares of his or her company, but just one, very clear reason why they would buy. Several academic studies have demonstrated the market-beating potential of this method if shareholders know what to do (learn more here).

At the end of the second quarter, a total of 12 of the hedge funds we track held long positions in this stock, a change of 50% from one quarter earlier. With hedge funds’ capital changing hands, there exists a few notable hedge fund managers who were upping their holdings meaningfully. 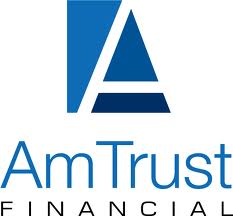 According to our 13F database, Southpoint Capital Advisors, managed by Rob Butts and Josh Clark, holds the biggest position in Amtrust Financial Services, Inc. (NASDAQ:AFSI). Southpoint Capital Advisors has a $10.7 million position in the stock, comprising 0.7% of its 13F portfolio. Coming in second is Murray Stahl of Horizon Asset Management, with a $8.2 million position; 0.1% of its 13F portfolio is allocated to the company. Some other hedge funds with similar optimism include David Costen Haley’s HBK Investments, Siddharth Thacker’s Signpost Capital and Jim Simons’s Renaissance Technologies.

With a general bullishness amongst the titans, particular hedge funds were breaking ground themselves. Citadel Investment Group, managed by Ken Griffin, assembled the most outsized position in Amtrust Financial Services, Inc. (NASDAQ:AFSI). Citadel Investment Group had 64.4 million invested in the company at the end of the quarter. Brian Taylor’s Pine River Capital Management also made a $37.7 million investment in the stock during the quarter. The other funds with brand new AFSI positions are Alec Litowitz and Ross Laser’s Magnetar Capital, Rob Butts and Josh Clark’s Southpoint Capital Advisors, and Michael Platt and William Reeves’s BlueCrest Capital Mgmt..

What do corporate executives and insiders think about Amtrust Financial Services, Inc. (NASDAQ:AFSI)?

Legal insider trading, particularly when it’s bullish, is at its handiest when the company we’re looking at has seen transactions within the past six months. Over the last 180-day time period, Amtrust Financial Services, Inc. (NASDAQ:AFSI) has seen zero unique insiders buying, and zero insider sales (see the details of insider trades here).