The shares of Capstone Turbine Corporation (NASDAQ:CPST) and Dunkin Brands Group Inc (NASDAQ:DNKN) have slid significantly today after both firms had announced weak guidance for the latest quarter and full-year. Insider Monkey’s comprehensive hedge fund data show that hedge funds preferr one of these two stocks more than the other and the sentiment was trending in opposite directions for each of them between April and June. 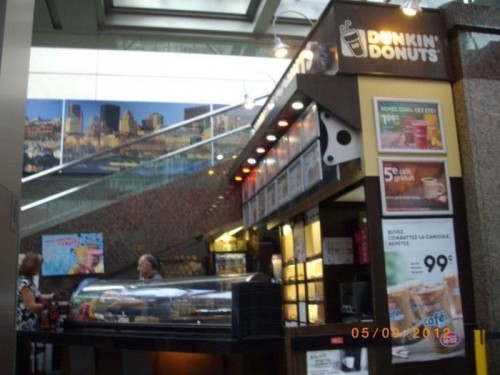 We use 13F filings of a select group of over 700 investors to determine the top 15 small-cap stocks held by these elite funds based on 16 years of research that showed their top small-cap picks are much more profitable than both their large-cap stocks and the broader market as a whole. These small-cap stocks beat the S&P 500 Total Return Index by an average of nearly one percentage point per month in our backtests, which were conducted over the period from 1999 to 2012. Moreover, since the beginning of forward testing from August 2012, the strategy worked just as our research predicted, outperforming the market every year and returning 118% over the last 32 months, which is more than 60 percentage points higher than the returns of the S&P 500 ETF (SPY) (see more details).

Capstone Turbine Corporation (NASDAQ:CPST)’s stock is down sharply at nearly 25% as the firm announced that the strong dollar as well as in the oil and gas market will negatively affect revenue for the firm’s second quarter. Earnings for the quarter are below the management’s expectations, the company announced, as the strong dollar has pushed clients to delay orders and shipments. Jim Crouse, Capstone’s executive vice president of sales and marketing, said that they have about 75 microturbines with a capacity over 13 MW that were supposed to be delivered in this quarter but will now be shipped in the next quarter. Additionally, the company said that its Russian distributor, one of their biggest customers until recently, has not made any significant payments in the quarter  ended September 30. However, Capstone said that it had made moves to remedy the increased cash burn. The company indefinitely indefinitely postponed an upcoming employee merit increase, cut hourly overtime, eliminated temporary workers, converted variable cash compensations to stock grants.

Capstone Turbine Corporation (NASDAQ:CPST) registered an inflow of capital from hedge funds, with investors we track owning $5.56 million worth of the company’s shares at the end of June, down by 7.11% from the end of March, as the stock decreased in value by 36.82%. According to our data, there were nine hedge funds long on the stock, up by five from the previous quarter. Their holdings, however, amassed just 4.10% of Capstone at the end of June. Thomas E. Claugus‘ GMT Capital owned 5.49 million shares of Capstone, representing a new position. Israel Englander’s Millennium Management also initiated a stake containing 3.12 million shares in the second quarter.