Published on January 11, 2016 at 1:02 pm by Sure Dividend in Dividend Stocks, News, Stock Analysis

Walgreens Boots Alliance Inc (NASDAQ:WBA) has experienced decades of growth by providing customers with a convenient location for medicine and grocery products.

The company decided to not relocate its headquarters internationally when it acquired Alliance Boots. Relocating would have made Walgreens Boots Alliance an additional $4 billion in after tax profits over 5 years. The company did not relocate due to political pressure from the United States government.

Walgreens Boots Alliance also enjoys a strong support from smart money investors. Among some 730 hedge funds and institutional investors followed by Insider Monkey, 91 reported long positions in Walgreens Boots Alliance, which makes it one of the most popular drug store stock among the funds tracked by Insider Monkey. Moreover, during the third quarter of 2015, the number of funds with long positions in the stock surged by 10, while the total value of their holdings amounted to $9.51 billion at the end of September, representing 10.50% of the company’s stock. 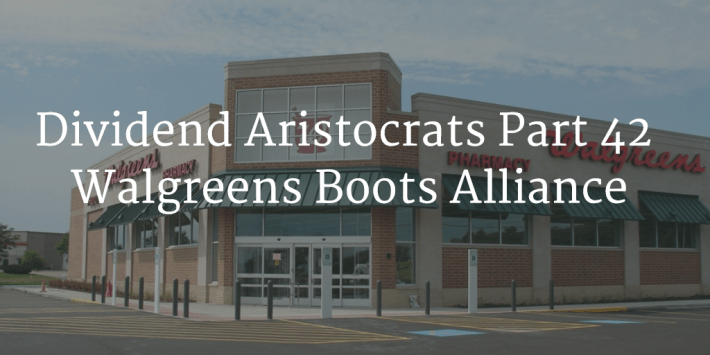 Walgreens Boots Alliance has increased its dividend payments for 40 consecutive years. The company’s reliable dividend growth history over the last several decades is shown in the image below:

Walgreens Boots Alliance has grown its dividend payments at a compound rate of 18.5% a year over the last decade.

This rapid rate of dividend growth is (unfortunately) unsustainable for Walgreens Boots Alliance. Over the long run, the company will only be able to increase its dividends in line with earnings-per-share growth (which is discussed in the Growth Prospects section of this article). 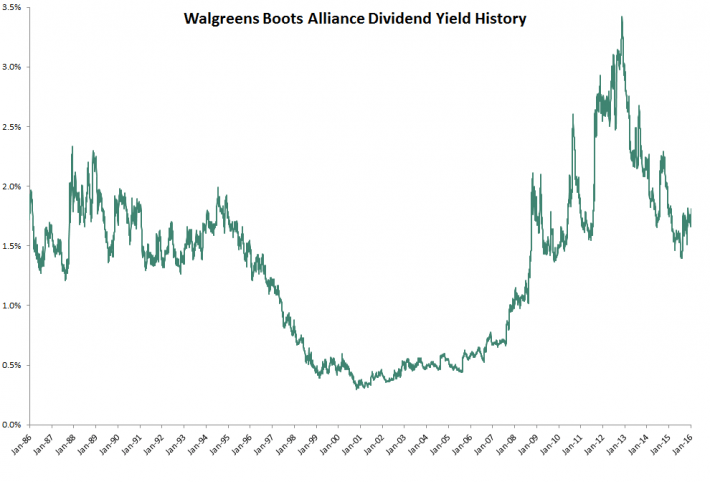 The image above shows that Walgreens Boots Alliance’s dividend yield peaked around the beginning of 2013 at 3.4%.