Published on December 31, 2015 at 11:40 am by Sure Dividend in Dividend Stocks, News, Stock Analysis

What does this mean?

Kimberly-Clark’s extremely low stock price standard deviation is a proxy for just how little risk the company’s business model has. 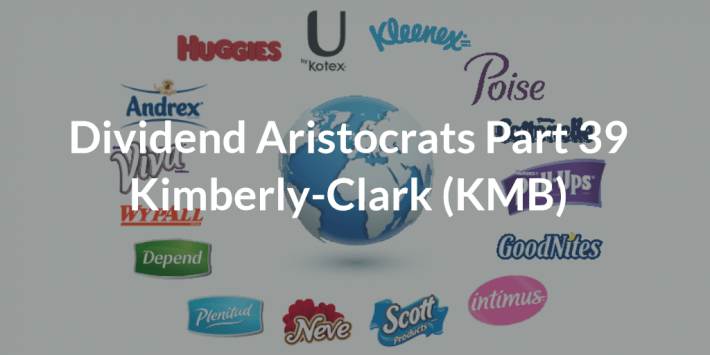 Kimberly-Clark has 5 brands that generate $1 billion+ a year in revenues:

Kimberly-Clark’s reach spans the world. Approximately 25% of the world’s population uses Kimberly-Clark products. The company sells its products in over 175 countries and has grown to a market cap of over $46 billion.

Among the funds tracked by Insider Monkey, Kimberly-Clark registered a slight increase in popularity during the third quarter, with the number of investors with long positions advancing by three to 34. However, these funds amassed around $1.19 billion worth of stock, representing some 3% of the company at the end of September. Ric Dillon’s Diamond Hill Capital is the largest shareholder of Kimberly-Clark in our database, holding some 2.35 million shares, according to its last 13F filing.

Kimberly-Clark’s management is proud of its dividend history (and they should be). Here’s a quote from the company’s most recent dividend announcement:

“2015 marks the 43rd consecutive year that Kimberly-Clark has increased its dividend and the 81st straight year it has paid a dividend to shareholders.”

Kimberly-Clark’s long dividend history easily makes the company a Dividend Aristocrat. In 2023 (if dividends continue increasing as they very likely will), the company will become a Dividend King.

The company’s dividend history since 1984 is shown graphically below:

In the next section, we will take a closer look at Kimberly-Clark’s business segments.

Kimberly Clark Corp (NYSE:KMB) operates in three primary segments. Each segment’s percentage of total operating profit contributed through the first 9 months of fiscal 2015 is shown below to give an idea of the relative size of each segment:

The Personal Care segment is Kimberly-Clark’s largest. The segment manufactures and sells diapers and feminine care segments. It claims 3 of the company’s 5 billion dollar brands: Huggies, Pull-Ups, and Kotex.

The Consumer Tissue segment is Kimberly-Clark’s second largest. It controls arguably the company’s strongest brand in Kleenex, as well as the Viva, Scott, and Cottonelle brands.

The K-C Professional segment is Kimberly-Clark’s smallest based on both revenue and operating profit. The segment sells both general and cleaning supplies to businesses around the world.