The company’s operations are not exactly flashy, but they have been successful for a very long time.

Genuine Parts Company was founded in 1928 and has paid increasing dividends for 59 consecutive years. 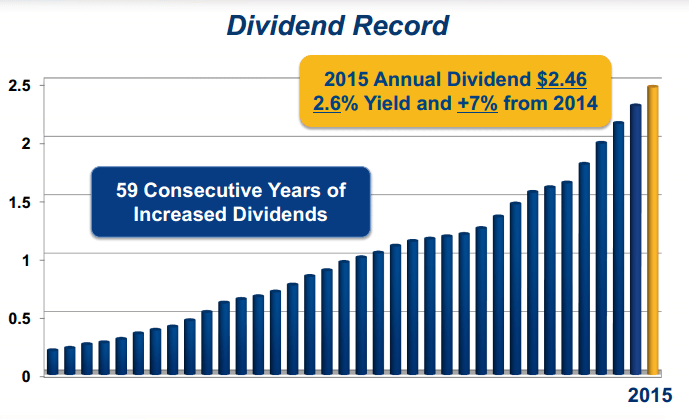 The company’s long dividend history makes it one of just 17 companies in the exclusive Dividend Kings group – which is comprised of businesses with 50+ years of consecutive dividend increase.

However, despite the strong performance, Genuine Parts Company remains a stock that smart money are not very excited about. At the end of June, only 27 funds from our database held stakes in the company with an aggregate value of $479.46 million, equal to around 3.50% of the company at the end of June. Among them, Mario Gabelli’s GAMCO Investors held some 2.53 million shares, followed by Jim Simons’ Renaissance Technologies with 649,800 shares, up by 67% on the quarter.

In fiscal 2014 automotive sales accounted for more than 50% of Genuine Parts Company’s total sales.  In addition to its large automotive segment, the company also has 3 smaller segments:  Industrial, Office Products, and Electrical. 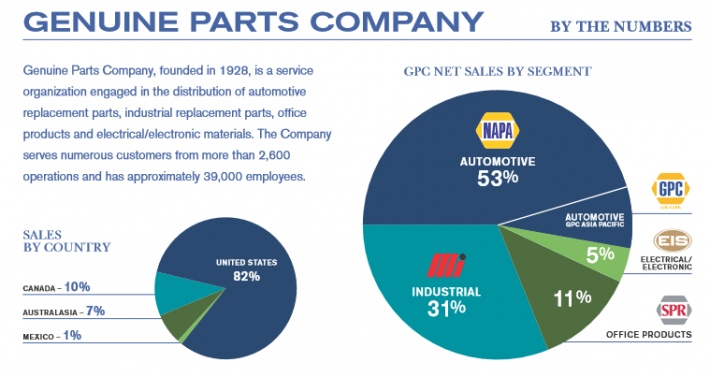 The percentage of total operating income each segment has generated through the first 9 months of fiscal 2015 is shown below to give additional insight into the relative profitability of each segment:

The Industrial segment sells industrial replacement parts to manufacturers and maintenance/repair businesses in North America under the Motion Industries name.

The Office Products segment wholesales office products to over 4,300 resellers through its network of 41 distribution centers in the United States and Canada under the SP Richards name.

The Electrical segment distributes electronic parts and products throughout North America under the EIS name.

Related Insider Monkey Articles
Why Are These Stocks Surging?Is the Market Overreacting to the News that Sent These Four Stocks Lower Today...Why Are Casino Stocks Falling on Monday?
Four Hot Biotechs Among The Day’s Big WinnersPenn West, Seadrill, Baytex: Not A Good Day To Be An Energy StockThis Investor Still Bets on Energy, Biotech Heading Into Q4
Monthly Newsletter Strategy
Download a free copy of our newsletter and see the details inside!
Hedge Fund Resource Center
Billionaire Hedge Funds