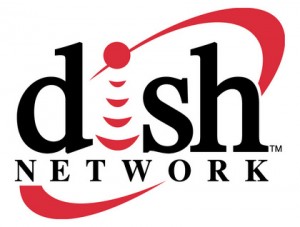 Last Monday, many of us trying to file our tax returns on time may have missed the proposed merger deal that has managed to shake up the world of wireless communications.

That day, Charlie Ergen, chairman of DISH Network Corp. (NASDAQ:DISH) and a self-styled disruptor of the status quo, announced his company’s latest attempt to become a major player in the world of wireless communications industry.

Ergen’s proposal — to buy Sprint Nextel Corporation (NYSE:S) — is the latest attempt by DISH Network Corp. (NASDAQ:DISH), the country’s No. 3 provider of subscription television services, to move into the wireless business. DISH had been buying up satellite wireless spectrum from failing businesses to use in its own proposed hybrid satellite-terrestrial wireless network, but lately it has been trying to either partner with or buy into an already functioning network.

Most recently, DISH Network Corp. (NASDAQ:DISH) had attempted to take over Clearwire Corporation (NASDAQ:CLWR) by outbidding none other than Sprint itself for the struggling wireless network provider. But even Ergen finally had to admit that pulling that deal off was a very long shot.

Ergen, though, is nothing if not tenacious — and audacious. If he couldn’t pull the little fish out of the big fish’s jaws, then why not try to swallow the big fish and get the whole package? However, there is an even bigger fish, SoftBank, a Japanese telecom, which happens to be in the process of taking over Sprint Nextel Corporation (NYSE:S).

The mouse that roared
In the conference call DISH Network Corp. (NASDAQ:DISH) hosted on Monday to lay out its takeover plans to analysts and the press, Ergen said even though SoftBank could throw more money at Sprint Nextel Corporation (NYSE:S), there were two factors that would be more favorable to having DISH win out.

First, DISH Network Corp. (NASDAQ:DISH) can bring a large amount of wireless spectrum to the deal, a resource “that would probably cost $8 billion or $10 billion or $12 billion in the open market,” Ergen said. “So … we don’t need the cash to go and buy more spectrum.”

And second, in any scrutiny by the Department of Justice of both merger deals, the DOJ would look more favorably on the DISH proposal, according to Ergen, because “there would be no controversy there with us as a U.S. company.” He continued: “There are some regulations against the foreign corporation owning, I think it’s 25% of a telecommunications company. So that’s a more thorough review that the Justice Department would do on the SoftBank transaction.”

Why DISH Sprint?
Wireless data use is exploding, with an annual compounded growth rate of “50% to 60%,” according to Ergen, and those “data pipes are getting clogged … primarily due to video.” Today, video uses half of all wireless data, he said, and that will grow to “80% to 90% of all the data usage.”

Low-band spectrum for long distance coverage, which Sprint has.

Bit-band spectrum for high data-rate usages, which DISH has.

High-band spectrum for short distance urban use, which Clearwire has.