Back in July, Netflix, Inc. (NASDAQ:NFLX) released a decidedly mixed earnings report. While EPS came in ahead of expectations, many investors were expecting faster domestic subscriber growth than the 630,000 net additions Netflix, Inc. (NASDAQ:NFLX) reported. Investors, who had driven Netflix stock up from its 52-week low of $53.05 to nearly $270 in the previous 10 months, decided to take a breather. 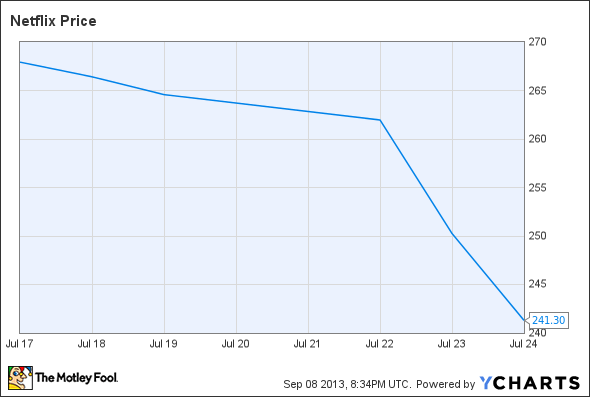 This caused significant selling pressure. In fact, as the chart shows, investors were so disappointed that they drove Netflix stock down by around 10% in the week surrounding Netflix, Inc. (NASDAQ:NFLX)’s second-quarter earnings report.

Fast-forward to today, and the situation is quite different. Not only has Netflix regained all the ground that it lost after its earnings report, the stock has also surged 10% beyond that level. Last week, Netflix, Inc. (NASDAQ:NFLX) stock flirted with the $300 level, reaching a high of $298.93 — just below its all-time high of approximately $305. 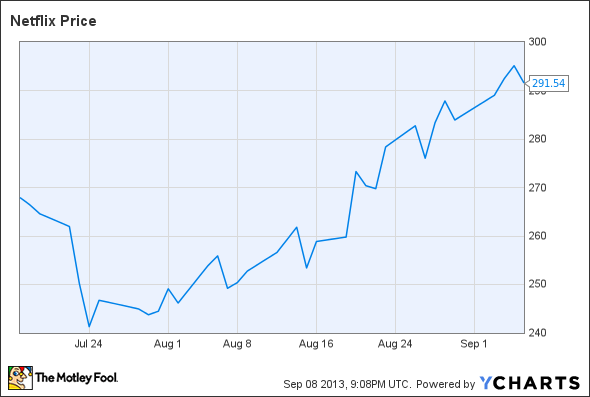 What’s going on here? Was the initial reaction to Netflix, Inc. (NASDAQ:NFLX)’s earnings report wrong? Or has the subsequent run-up been unjustified?

Mixed earnings
Netflix’s second-quarter earnings report was by no means “bad.” The company added 630,000 domestic subscribers (net of cancellations), better than the 530,000 net adds it reported for second-quarter 2012. EPS hit $0.49, the best result achieved since Netflix’s meltdown in late 2011. On the flip side, for the first time, Netflix, Inc. (NASDAQ:NFLX)’s management team mentioned “saturation” of the domestic market as a risk in the quarterly investor letter.

Looking at the earnings report in isolation, even these words of caution could not justify a significant drop in the stock price. Domestic and international membership growth continued at a steady clip, net income grew dramatically, and the company even generated positive free cash flow — albeit a modest amount. 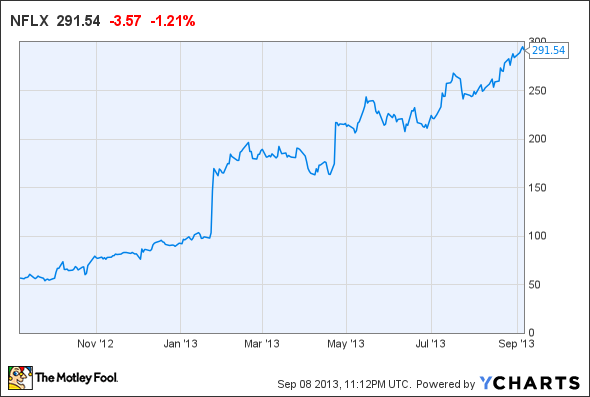 Zoom out, though, and it’s hard to fault people for selling Netflix at $270. The stock had quintupled in less than a year! Even if Netflix was undervalued in 2012, it’s hard to find a basis for the stock’s massive gains since then in the company’s financial improvement over that time. Revenue is growing at a 20% clip and margins are expanding, but many other companies with lower valuations are growing revenue and/or margins faster than Netflix.