Insider Monkey has processed numerous 13F filings of hedge funds and successful value investors to create an extensive database of hedge fund holdings. The 13F filings show the hedge funds’ and successful investors’ positions as of the end of the first quarter. You can find articles about an individual hedge fund’s trades on numerous financial news websites. However, in this article we will take a look at their collective moves over the last 4.5 years and analyze what the smart money thinks of Johnson Controls International plc (NYSE:JCI) based on that data and determine whether they were really smart about the stock.

Johnson Controls International plc (NYSE:JCI) shares haven’t seen a lot of action during the first quarter. Overall, hedge fund sentiment was unchanged. The stock was in 37 hedge funds’ portfolios at the end of the first quarter of 2020. At the end of this article we will also compare JCI to other stocks including Kellogg Company (NYSE:K), Waste Connections, Inc. (NYSE:WCN), and Banco Bilbao Vizcaya Argentaria SA (NYSE:BBVA) to get a better sense of its popularity.

At Insider Monkey we scour multiple sources to uncover the next great investment idea. There is a lot of volatility in the markets and this presents amazing investment opportunities from time to time. For example, this trader claims to deliver juiced up returns with one trade a week, so we are checking out his highest conviction idea. A second trader claims to score lucrative profits by utilizing a “weekend trading strategy”, so we look into his strategy’s picks. We read hedge fund investor letters and listen to stock pitches at hedge fund conferences. Hedge fund sentiment towards Tesla reached its all time high at the end of 2019 and Tesla shares more than tripled this year. We are trying to identify other EV revolution winners, so we are checking out this tiny lithium stock. Now we’re going to take a peek at the fresh hedge fund action surrounding Johnson Controls International plc (NYSE:JCI). 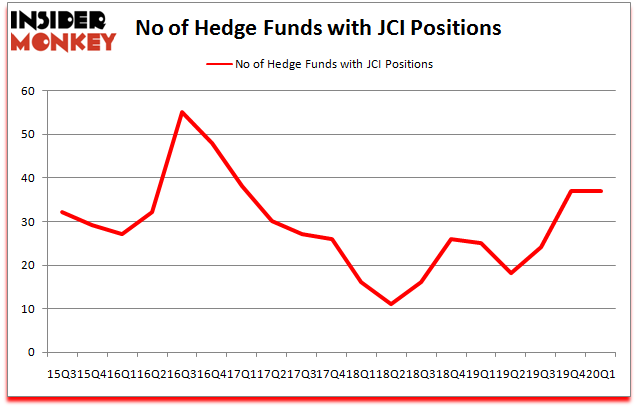 Among these funds, Citadel Investment Group held the most valuable stake in Johnson Controls International plc (NYSE:JCI), which was worth $311.2 million at the end of the third quarter. On the second spot was D E Shaw which amassed $116.9 million worth of shares. Balyasny Asset Management, Diamond Hill Capital, and Arrowstreet Capital were also very fond of the stock, becoming one of the largest hedge fund holders of the company. In terms of the portfolio weights assigned to each position Scopia Capital allocated the biggest weight to Johnson Controls International plc (NYSE:JCI), around 6.52% of its 13F portfolio. Arosa Capital Management is also relatively very bullish on the stock, dishing out 1.11 percent of its 13F equity portfolio to JCI.

Seeing as Johnson Controls International plc (NYSE:JCI) has experienced declining sentiment from the entirety of the hedge funds we track, we can see that there lies a certain “tier” of fund managers that decided to sell off their positions entirely last quarter. Intriguingly, Phill Gross and Robert Atchinson’s Adage Capital Management dropped the largest stake of the “upper crust” of funds tracked by Insider Monkey, worth about $116.7 million in stock, and Joel Greenblatt’s Gotham Asset Management was right behind this move, as the fund dumped about $28.1 million worth. These transactions are important to note, as aggregate hedge fund interest stayed the same (this is a bearish signal in our experience).

As you can see these stocks had an average of 28 hedge funds with bullish positions and the average amount invested in these stocks was $386 million. That figure was $1064 million in JCI’s case. Kellogg Company (NYSE:K) is the most popular stock in this table. On the other hand Banco Bilbao Vizcaya Argentaria SA (NYSE:BBVA) is the least popular one with only 8 bullish hedge fund positions. Johnson Controls International plc (NYSE:JCI) is not the most popular stock in this group but hedge fund interest is still above average. Our calculations showed that top 10 most popular stocks among hedge funds returned 41.4% in 2019 and outperformed the S&P 500 ETF (SPY) by 10.1 percentage points. These stocks gained 12.3% in 2020 through June 30th but still beat the market by 15.5 percentage points. Hedge funds were also right about betting on JCI as the stock returned 27.6% in Q2 and outperformed the market. Hedge funds were rewarded for their relative bullishness. 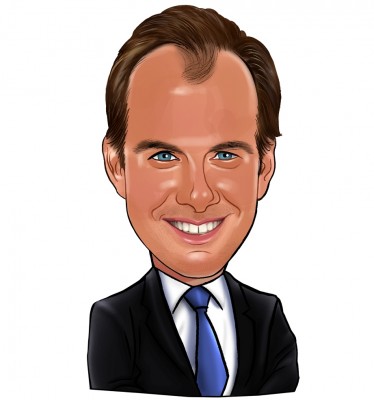