Did Hedge Funds Drop The Ball On Hasbro, Inc. (HAS)?

Is Hasbro, Inc. (NASDAQ:HAS) ready to rally soon? Prominent investors are getting less optimistic. The number of long hedge fund bets were trimmed by 1 lately. Our calculations also showed that has isn’t among the 30 most popular stocks among hedge funds. HAS was in 18 hedge funds’ portfolios at the end of March. There were 19 hedge funds in our database with HAS holdings at the end of the previous quarter.

In the financial world there are dozens of indicators market participants put to use to assess their stock investments. A couple of the most innovative indicators are hedge fund and insider trading activity. We have shown that, historically, those who follow the best picks of the elite hedge fund managers can outclass the market by a superb amount (see the details here).

We’re going to take a look at the key hedge fund action regarding Hasbro, Inc. (NASDAQ:HAS). 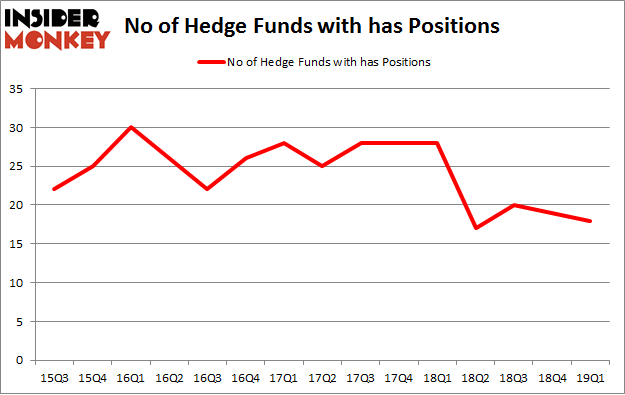 Judging by the fact that Hasbro, Inc. (NASDAQ:HAS) has experienced a decline in interest from the smart money, logic holds that there is a sect of funds that elected to cut their full holdings heading into Q3. At the top of the heap, Steve Cohen’s Point72 Asset Management sold off the largest position of the “upper crust” of funds monitored by Insider Monkey, worth about $60.9 million in stock, and Dmitry Balyasny’s Balyasny Asset Management was right behind this move, as the fund dropped about $33.8 million worth. These bearish behaviors are important to note, as total hedge fund interest fell by 1 funds heading into Q3.

As you can see these stocks had an average of 24 hedge funds with bullish positions and the average amount invested in these stocks was $813 million. That figure was $250 million in HAS’s case. Take-Two Interactive Software, Inc. (NASDAQ:TTWO) is the most popular stock in this table. On the other hand China Southern Airlines Company Limited (NYSE:ZNH) is the least popular one with only 3 bullish hedge fund positions. Hasbro, Inc. (NASDAQ:HAS) is not the least popular stock in this group but hedge fund interest is still below average. Our calculations showed that top 20 most popular stocks among hedge funds returned 1.9% in Q2 through May 30th and outperformed the S&P 500 ETF (SPY) by more than 3 percentage points. A small number of hedge funds were also right about betting on HAS as the stock returned 16.1% during the same time frame and outperformed the market by an even larger margin.