Charles Davidson’s Wexford Capital continues to reduce its exposure to Diamondback Energy Inc (NASDAQ:FANG), as disclosed in the 13D Form filed with the U.S. Securities and Exchange Commission on Wednesday. According to the filing, the investment firm now holds a position of 2.98 million common shares, representing 5.3% of the company’s outstanding stock. Meanwhile, Richard Blum’s Blum Capital Partners also revealed a reduction in one of its holdings, as it sold around 844,800 shares of Career Education Corp. (NASDAQ:CECO)‘s common stock. Following this transaction, the fund now owns 5.52 million shares, which amount to 8.2% of the company’s outstanding stock.

Wexford Capital is a hedge fund that was launched in 1994 and currently operates numerous portfolios. The Greenwich, Connecticut-based investment firm was co-founded by Charles Davidson, who is presently in charge of overseeing the fund’s strategic vision, while also serving as portfolio manager for the Wexford Spectrum Funds and Wexford Catalyst Funds. Wexford Capital’s equity portfolio is currently valued at around $1 billion, with more than half of its holdings stemming from the energy sector. According to the fund’s last 13F filing which disclosed its positions at the end of the third quarter of 2014, its position in Diamondback Energy Inc (NASDAQ:FANG) actually accounted for almost 50% of its entire equity portfolio, thus constituting its very bullish top pick for the third quarter. Nevertheless, this no longer the case, as the investment firm has been slashing its position in the company repeatedly over the past few months.

At the end of the first quarter of 2013, Wexford Capital had revealed ownership of 16.41 million shares of Diamondback Energy Inc (NASDAQ:FANG) stock, while its holding in the company was reduced to 9.89 million shares a year later. According to the hedge fund’s latest 13D filing, its stake has been reduced to 2.98 million shares, as Mr. Davidson’s firm continue to unload shares. As the energy industry continues to endure troublesome times, the shedding of stock of the oil and natural gas producer does not come as much of a surprise. Furthermore, considering share prices have grown by around 24% over the past year, while the stock gained 221% from January 2013 to December of 2014, it seems the hedge fund has made considerable profit from the sale of a large portion of its stake in the company. Hence, Diamondback Energy Inc (NASDAQ:FANG)’s performance is probably not the reason Wexford Capital has been unloading shares, since shareholders can be quite content with the stock’s development. In fact, the company has significant backing from major institutional investors, such as Ken Griffin’s Citadel Investment Group, which owns 1.93 million shares and continues to bet on the oil producer’s success.

Blum Capital Partners is a San Francisco-based investment firm that was founded in 1975 by Richard Blum. Mr. Blum is a Business Administration graduate from the University of California, who also received an MBA from this institution and was employed by Sutro & Co for 17 years. His fund invests primarily in small-to-mid-cap companies operating in both the public and private equity markets. Furthermore, according to its last 13F filing, Blum Capital Partners boasted an equity portfolio with a market value of $415 million, which included only four positions. CBRE Group Inc (NYSE:CBG) was the fund’s largest holding, with a stake of 11.71 million shares, representing more than 83% of its equity portfolio. 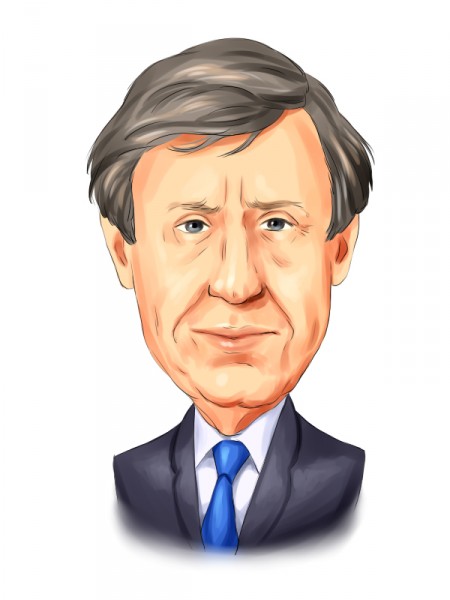 Mr. Blum’s fund has held an activist stake in Career Education Corp. (NASDAQ:CECO) for several years, while maintaining its position unaltered from the end of the third quarter of 2013 to the end of the third quarter of 2014. During that time, the stock gained an impressive 84.7%, while share prices have grown by more than 12% over the past year. After taking a dive in May, Career Education’s share prices have been climbing gradually and experiencing pronounced growth over the past six months.

Despite the recent sale of a portion of its shares, Blum Capital Partners is still the company’s largest institutional investor amongst the funds we track. Furthermore, other hedge funds are also betting on Career Education Corp. (NASDAQ:CECO), including Eric Semler’s TCS Capital Management. The New York-based investment firm held a stake of 2.51 million shares, after disclosing a 12% increase to its holding in its last 13F filing for the period ending September 30. Cliff Asness’ AQR Capital Management is also betting on the stock, disclosing ownership of 4.11 million shares as of the end of 2014.