The immune system doesn’t generally attack tumors on its own. Immune cells are designed to attack foreign invaders but leave the human cells alone. Since tumors are just human cells growing out of control, the immune systems don’t recognize the tumor as a problem.

The strategy has failed. Miserably.

Scientists at the University of Texas’ MD Anderson Cancer Center think they know why. A report in Nature Medicine suggests that the incomplete Freund’s adjuvant, or IFA, a mineral oil-based adjuvant, could be the problem.

IFA is used because it stimulates the immune system, producing a stronger immune response. When scientists look at the killer T cells after infection, there are plenty of cells that recognize the target. The immunization is training the immune system, but the T cells aren’t killing the tumor.

It turns out that the IFA and the target used to train the T cells sticks around the vaccination site. Instead of attacking the tumor, the T cells find the IFA more enticing, attacking it and signaling for other immune cells to come help.

The one that worked
Dendreon Corporation (NASDAQ:DNDN)‘s Provenge recruits the immune system to attack the tumor and has been shown to extend prostate cancer patients’ lives. 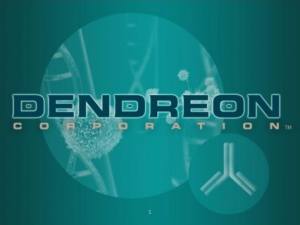 One reason it worked where others failed is that Dendreon Corporation (NASDAQ:DNDN) trains the cells outside the body. The patient’s immune cells are removed and sent to a lab, where they’re exposed to an antigen that trains them to attack prostate cancer, and then they’re infused back into the patient, where they recruit other immune cells to attack the tumor.

The system works, but it’s fairly costly, since the treatment is individualized for each patient.

Mass training
Technically, Bristol Myers Squibb Co. (NYSE:BMY) Squibb‘s melanoma treatment Yervoy helps the patient by stimulating the immune system, but the stimulation isn’t specific to skin-cancer cells. Instead, the drug blocks an inhibitory signal between dendritic cells and cytotoxic T lymphocytes the dendritic cells train. With the signal blocked, the lymphocytes are free to attack the tumor.

This Metric Says You Are Smart to Sell Sanofi SA (ADR) (NYSE:SNY)