Throughout the 1990s and early 2000s, the U.S. airline industry experienced a dramatic shift as smaller planes – so-called regional jets – became a prominent part of the domestic fleet. Many of these regional jets had 50 or fewer seats, and allowed the large network carriers to offer relatively frequent flights to small cities throughout the country. In most cases, these regional jets replaced larger “mainline” jets that had previously done that flying.

However, skyrocketing fuel prices and labor costs have significantly changed the calculus for airlines in the past five years or so. Small regional jets have become uneconomical, leading most network carriers to reduce their reliance on them: Delta Air Lines, Inc. (NYSE:DAL) has been leading the way in that movement. Even small mainline aircraft are becoming less fashionable. Furthermore, airlines are finding ways to add more seats to the ones that do remain in service. 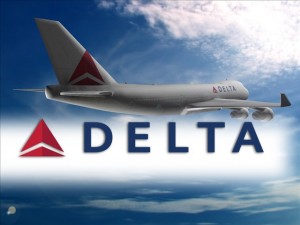 The increasing trend toward “upgauging” is beginning to improve the cost structures of many airlines, improving profitability. Yet the medium-term outlook is not as rosy. Even though most airlines are keeping their fleet sizes flat, the industrywide shift to larger aircraft will add a lot of new seats to particular markets. This is likely to create a long-term drag on unit revenues that could outweigh the cost savings and hurt future profitability.

A sea change in the air
The move to larger aircraft – and the addition of extra seats on existing aircraft – is almost universal in the U.S. airline industry today. For more than a decade, Southwest Airlines Co. (NYSE:LUV) was only buying one airplane model: The Boeing Company (NYSE:BA) 737-700, configured with 137 seats. However, in late 2010, the company converted part of its order to the larger 737-800, outfitted with 175 seats. The 737-800s began arriving last year, at which time Southwest Airlines Co. (NYSE:LUV) also began a project to add six seats to most of its 137-seat aircraft.